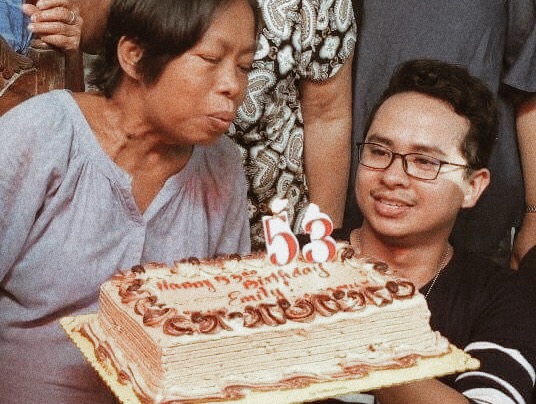 True to His Word

Jowhell Villegas found out that his mother’s health condition worsened as he was preparing to go to graduate school in Japan. While torn between staying and going, God assured Him with words that would come true later on. Read the rest of Jowhell’s story and God’s faithfulness to His word in this piece.

I received a scholarship grant to earn a master’s degree in Japan on May 2015. As I prepared for the trip, I was greatly troubled upon discovering that my mother was diagnosed with a chronic kidney disease. Her health condition made me hesitate to study in another nation. I worried about going to Japan because I feared that something bad would happen to her while I was away.

During the midyear fast in 2015, I sought the will of God and prepared myself for whatever direction He set. God responded to my act of faith and assured me by saying, “My son, I have a beautiful plan for you in Japan and I will heal your mother. You will graduate and see your mother alive when you return.” His words quieted my fears and encouraged me to follow the path He laid out for me. When I obeyed, God pulled through.

On September 27, 2017, I successfully graduated with a Master of Engineering degree at Nagoya University with flying colors. I was chosen to represent the graduate school for the university-wide graduation. It was an honor to be the only graduate student who wore an academic gown during the ceremony. My research was also published in two international journals!

God sustained me and my mother with so much favor. While I was in Japan, I received an allowance from my scholarship grant and the government office that employed me still gave me my monthly salary. These helped me support my mother’s medical needs when I was studying. When I came back to the Philippines, I saw my mom alive and happy!

At present, my mother is still going through dialysis and medication. Nevertheless, God continues to provide for her and meet my needs. I was recently given the chance to be a part-time instructor at Mapúa University this year. I know I will be able to help her even more as I teach.

God is true to His word. He fulfilled the promises He gave me in 2015. The enemy may try to steal my peace of mind and cause me to worry, but the Lord always shows His faithfulness. And for that, I am very grateful.