“I was in first year college when I was diagnosed with hepatitis B,” Marco Constantino reveals, “the doctor said it was incurable.” Growing up in a broken family, the 24-year old wedding videographer had to live with different relatives to survive. Marco’s parents, who married at the age of 15, had separated and left him under the care of his grandmother and aunts, who would chip in to raise his tuition; his younger brother remained with their father. Devoid of proper parental supervision, Marco was exposed to a hard life. He would smoke, drink, and hang out with people who weren’t the best role models for a young man growing up. Trying to attain a semblance of order in his life, he started exploring different religions. “I was so gullible,” Marco says, “I even joined cults.” Despite his brokenness, Marco was an excellent student. In college, he was popular. He exploited this influence and bullied his Christian classmates.

“I would mock their faith, just because I couldn’t believe it’s real,” he shares, “I would call them, ‘Alive! Alive!’”, referring to the popular Christian hymn.

It was also around this time that Marco started having sexual relations. While applying for a job to support his studies, he was asked to undergo a physical examination. This was how Marco found out he was diagnosed with hepatitis B. “I was in first year college, and I had hepatitis B, which I got from a sexual encounter,” he shares. “It was a very low point in my life because I’d heard that this disease was incurable.”

When his family found out, they shunned him. His classmates would scare him and tell him his future was doomed. What Marco didn’t know was that this low point would be used by God to reveal Himself to him. While watching television one night, Marco heard a faint but clear voice. “Walk, and you’ll find the truth, the answer to your cries,” the voice said. Marco was confused but he stood up, put down the remote, and started walking. He didn’t know who spoke, but he had an inkling it was God. He walked outside his house until he reached a school building. A young girl opened the door, inviting him inside. The place turned out to be a church, which was holding their youth service for the night. 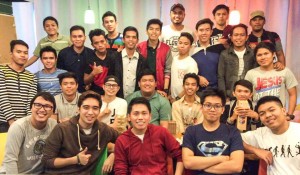 In his house clothes, Marco immediately went in and listened to the youth pastor, whom he felt was talking directly to him. “He said I was a sinner, that God had been waiting for me for a long time, and this day was no accident. The pastor was addressing the congregation but it felt like he was talking to me because it really hit me,” he shares.

Marco stayed, listened to the preaching and to the worship singing. The following Sunday, he attended the worship service again. There, he was given a book, “The Purpose Driven Life,” and that became the start of his journey towards knowing Christ. He started attending camps and faith walks, and he developed a desire to know God more. When his Christian classmates found out, they were astounded. “They told me I was the last person they would expect to become a Christian,” he laughs.

After two years of battling hepatitis B, Marco has had enough of tests and immunizations. His disease was incurable, and he would only survive if he regularly took the required maintenance medicine, which was expensive. He didn’t have money for it, so he prayed unceasingly for his healing, and even attended healing sessions and more faith walks.

As a requirement for another new job he was applying for, Marco underwent another medical exam again. When the results arrived, he couldn’t believe his eyes. “There was no trace that I ever had hepatitis B,” he says. “I was so surprised that I asked to undergo another exam, which again yielded the same result!” he adds. “I was healed from hepatitis B and it was God who did it.”

As Marco drew nearer to God, the more he felt the enemy’s attacks. He immersed himself in volunteer activity at his community church while continuing to engage in sexual relations. Eventually, he decided to focus on God, instead of church work. Not long after that decision, he started attending Victory Caloocan. Soon, he met new friends and was connected to a Victory group. There, he realized that he needed accountability partners who would walk with him throughout his Christian journey.

“I was so scared that I would be judged, that’s why I hid my struggle at first,” he reveals, “But I was eventually convicted to talk about it with other people.” 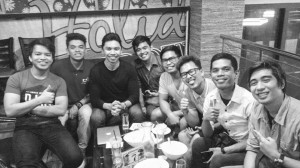 Marco didn’t feel condemned talking to his mentors, which allowed him to be open to them. From someone who avoided relationship and engagement with other Christians, he is now a believer of discipleship and accountability. Surrounded by people who keep on encouraging him to be strong, Marco couldn’t help but be overwhelmed with God’s love. “I was so dirty but God still loved me. He has blessed me with so much,” he says.

Upon reconnecting with his mother, he was also able to share his faith with her, and with the help of his family in church, she also came to know Jesus as her Savior. Marco proudly shares his testimony because he believes there are others like him, who also need prayer and guidance, but are just afraid of being judged. Whenever he feels defeated, he clings to his life verse, 2 Timothy 4:7 – “I have fought the good fight, I have finished the race, I have kept the faith.”

Today, he leads his own Victory group, and is unafraid to preach the gospel and his healing testimony to his friends, and even to strangers, who have yet to know this freedom in Christ. “My identity is in Christ,” Marco says, “and we are made to be conquerors in Him.”