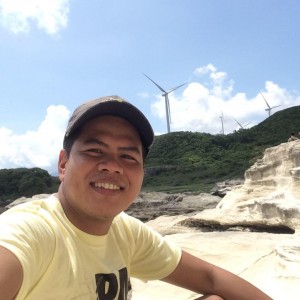 “When I was younger,” says Oliver Odono, “I told myself, ‘whatever happens, I will never change my religion.'”

Because their parents both had to work to make ends meet, Oliver and his sister were raised by their grandmother, a devout woman who introduced them to religious traditions that they practiced but never fully understood.

“I memorized prayers,” Oliver recalls, “and grew up making regular trips to the church every Sunday.” This was their arrangement until he finished high school. Just before college, he decided to leave his hometown to study in Lucban, Quezon.

“Being independent, I experienced a lot,” Oliver shares. His world expanded, and he met new people. As a sophomore at Southern Luzon State University, he started looking for organizations in school, and was eventually introduced to Youth on Fire (known today as Every Nation Campus Philippines).

“I joined Youth On Fire activities with my friends, despite knowing that it’s different from my beliefs growing up,” Oliver shares. As he grew closer to his Youth on Fire friends, observing them friends time to time during prayer meetings, he sensed something had changed within him; something was not the same. One day in September 2003, Oliver went to church and listened to the preaching. The message affected him significantly, and he found himself responding to the altar call.

Oliver realized he was relying on his own good deeds and religious sacrifices to give him peace of mind. Because he was a good student and was generally obedient to his parents, he didn’t really believe that he needed anything more. However, he envied the joy that seemed to emanate from his new Christian friends at SLSU–it wasn’t a work-for-it kind of joy, but a kind of joy that can only be seen from lives that has found their purpose–and wanted what they had. He realized that it wasn’t about religion; it was about relationship with a God who loved him unconditionally, and Oliver sought to build relationships with others who could help him grow deeper in his relationship with God. Before long, Oliver met Victory group leader Paolo Grande, and was connected to his Victory group.

“Paolo didn’t waste time,” Oliver says, “He did One 2 One with me and was patient in answering my questions.” Oliver also started volunteering in Victory Lucban, and served in the music ministry. After graduating, he went to Manila to take the board exam.

Fast forward to 2010, Oliver returned to the Philippines after working in Macau, China for two years. “God blessed me with a Christian church I can be part of while I was there,” Oliver shares. When the financial crisis hit, he was forced to go back to the Philippines. After several months, God gave him a job at a hotel in Makati.

“Victory Makati didn’t exist then, so I started a new journey at Victory Pioneer,” he says, “I was introduced to Jim, who became my Victory group leader.” Jim empowered Oliver, and encouraged him to lead his own Victory group, too. Before the year ended, Oliver started leading making disciples and his first Victory 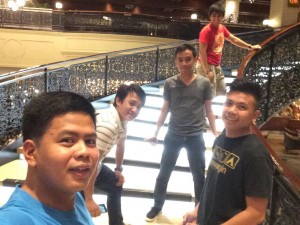 Asked how he raises leaders, Oliver says he encourages them to lead their own group lead other people through One 2 One. He then identifies those who are capable and willing to lead. Last year, two of his Victory group members informed him that they wanted to lead their own Victory groups. Because of this, Oliver divided his Victory group into four smaller Victory groups, and assigned leaders to each one. “Every week, I attend to a specific group, so I can assist the leaders, and mentor them on areas they can improve,” he shares. Once he sees that the leaders can already lead on their own, he stops attending the group, and starts building a new one. “Today, I have six new members in my Victory group,” he says, “I’m also thankful to God because I became a discipleship coach last year.” 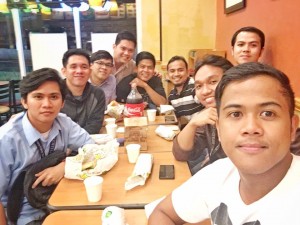 For Oliver, raising leaders is not an easy task, but it is very rewarding. When he sees his Victory group members raising other leaders, he can’t help but be overwhelmed by God’s grace and goodness. For him, it’s just a matter of paying it forward and honoring God by leading people to Him, because a long time ago, someone also took the time to tell him about God at a time he needed Him most.