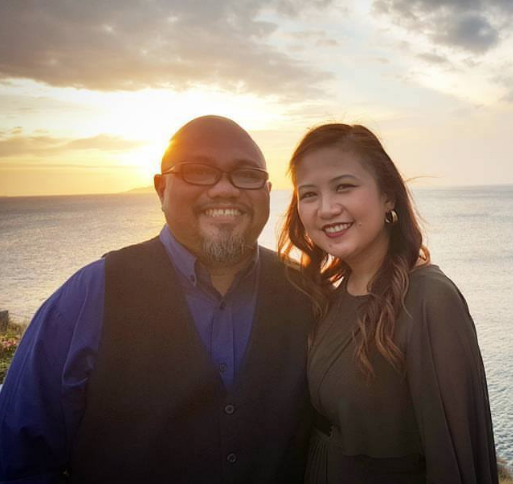 God at the Center

Dennis Poliquit first met his wife Monica at the radio station where he worked as a DJ. “I remember her having a pixie hair cut, but I was not attracted to her then,” he laughs. “We became friends for a long while before we became an actual couple.”

Dennis found Monica’s company irresistible. “I found that I could talk to her about a lot of things,” he recalls. “From politics to history, and most especially, movies and pop music. She has this jeepney horn kind of laughter you’d recognize from afar, and strong opinions about anything. I mean, a beautiful lady I can talk to about a wide range of topics. That was pretty attractive.”
Dennis became a Christian in 2000, but did not take his relationship with God seriously. He and Monica soon became intimate, and in 2003, Monica gave birth to their first child, a daughter. Deciding to move in together shortly after Gaby was born, it wasn’t long before they became parents to their first set of twins. Because they moved in together so soon after becoming a couple, they realized there wasn’t really much of a discovery stage, and had to learn more about each other as they went along.

“It was a roller coaster ride,” he admits, “with ups and downs, loops and twists and turns. It was crazy. We had great conversations. We had so much laughter. And we also had arguments like you wouldn’t believe.”

Dennis and Monica’s fights became more frequent. Over time, financial issues and the fact that neither of them was serious in pursuing God, found them drifting apart.

“We both let our pride overrule everything else,” he says. “Often, those arguments came from misunderstandings. Stuff we could have avoided only if we chose to actually listen each other instead of just waiting for our turn to speak or get loud.”

Monica’s strong personality, which was the initial thing that attracted her to Dennis, also made him hesitate about marrying her right away. “We both did not want to back off from anything. We were both stubborn in our opinions,” he says, “and I think it was mix of fear and indecision that made it take a while for me to decide to marry her.” He pauses, measuring his words. “I regret making her wait for me to ask her to marry me. If I really loved her, I needed to love her for who she really is, and not who I think she should be.”

Ephesians 5:22-33, in particular, spoke to Dennis. He identified with the Christ-like love that the verses encouraged husbands to give their wives, and he knew God was telling him something: getting right with Him meant getting right with Monica. Still, he was hesitant to take the initial steps.

“Then Monica threatened to leave me and take the kids with her. That jolted me wide awake and opened my eyes about what I had been doing.” Dennis consulted his Victory group leader, who advised him to seek God first.

In 2006, Dennis and Monica decided that they needed to get right with God, and began to pursue God in earnest. They soon began to see changes in each other. “Our relationship got way better,” he says. “We agreed that when we did not see each other eye to eye on matters, we should consult His Word and what it says about things. We also learned to forgive and let go as we get to be forgiven too.” 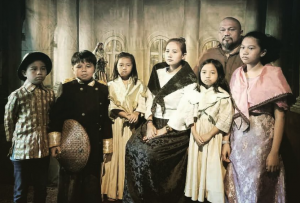 “I am pretty certain things could have turned out differently if I tried doing things on my own,” Dennis says. “Truth be told, it’s what I did before and it led me nowhere but to more trouble. I have learned my lesson.”

Realizing he desired to honor Monica in the best way the Bible says how, Dennis formally asked Monica to marry him, and they tied the knot in May 2006. “I wanted to honor her,” he says, “for her love for me and our children.”

“We lived together for almost three years without the covering of marriage,” he adds, “and I wanted to make things right.”

“I’m thankful for God’s grace,” he says. “Like myself, Monica was struggling with a lot of stuff, and yet, she ultimately still chose to stay with me. Yes, we still have arguments for both serious and petty stuff but by God’s grace, it does not escalate into a raging fire.”

Looking back, Dennis sees how God lovingly yet consistently called him to passionate leadership in their marriage. “There was a time when I was whining to God about my marriage,” he recalls, “and His Word was to love my wife. I cannot always be stubborn and see her as the enemy in the argument. I learned that we were both coming from a place of love, and to listen more and more to each other.”
As he honors her, Monica, in turn, respects and takes good care of her husband. “Monica has become more patient and understanding with me,” he says. “I still make many mistakes, but now a quiet word from her would be enough. She has learned to pause and ask me to clarify things to make sure she understands what happened or what I said.”

Today, Dennis and Monica are parents to five children, including two sets of twins. Fueled by their love for God, their passion for each other and their marriage continues to inspire others in the church, especially couples who are experiencing what they have. Their advice? Go back to God.

“Monica and I tried our very best to solve problems on our own,” Dennis says, “and while it helped for a while, we eventually went back to old habits. The only real solution for us was to go to God. He is our arbiter. He has final word on things my wife and I cannot agree on. Even how we treat each other, His Word is our ground zero. It is the only way to live married life. Respect, honor, love and most of all, the pursuit of and obedience to God will ensure a storm proof married life.”