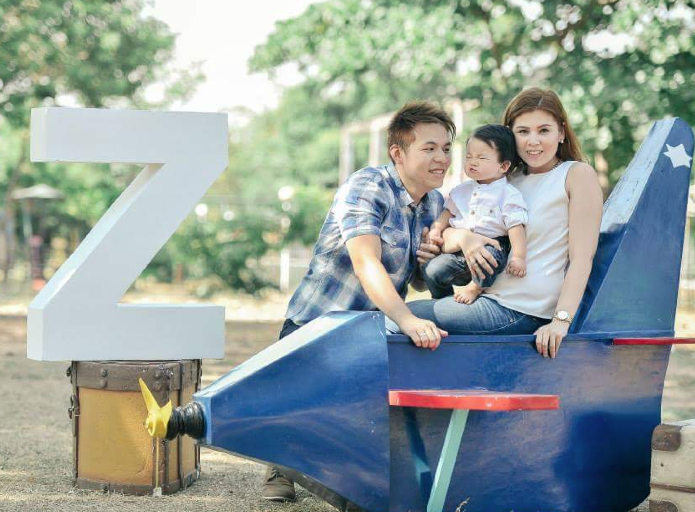 A God of Miracles 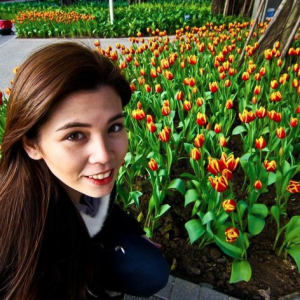 From the beginning, it seemed like the odds were stacked against Noelle Samson-Siy. Three years ago, doctors sat down with the 27-year-old businesswoman, and gave her news that no woman ever wants to hear.

Months earlier, Noelle had learned she has polycystic ovarian syndrome in both ovaries. Her left ovary was in 40-year-old condition, despite her being only in her mid-20s, and a 6cm cyst was discovered in her right ovary. After a few months of taking medicines to shrink the cyst, things were looking up–until she started spot bleeding after two months and needed an immediate operation. A newlywed in the prime of life, Noelle was faced with the harsh reality that she and her husband Malcolm might never have children.

“At the time, we scouted for the best fertility doctors we could find in Metro Manila,” Noelle says, “not because we wanted to, but because they kept referring us to other doctors as well.” Her condition began to weigh down on her, but her husband Malcolm never grew weary in giving her encouragement, praying for her, and accompanying her during hospital visits. 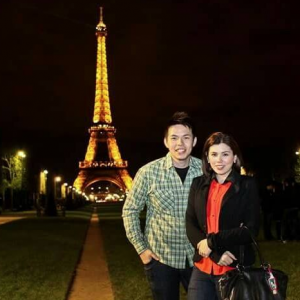 Turning to God, the couple never stopped praying for a baby, but also decided that Noelle’s condition would not stop them from having a great marriage. Husband and wife went out on dates, traveled outside the Philippines, and enjoyed each other’s company, even without children. Still, despite their happy marriage, Noelle couldn’t deny a part of her that felt incomplete.

“It was one of the darkest and saddest times of my life,” she shares, “but it was also the time when I experienced a deeper relationship with Him.”

One night, while reading her Bible, she read the New Testament story of Zechariah and his wife, Elizabeth. She immediately identified with Elizabeth’s story of barrenness, and burst into tears. After a few minutes of crying out to God, Noelle felt something different.

“I suddenly experienced a strong sense of calmness envelope me,” she says. She felt free from her insecurities and bondage, and instantly knew it was God comforting her. At that same moment, God placed a name in her heart: Zachary.

While encouraging, Noelle kept this revelation to herself, and used it to lift her spirits when she started bleeding again. Her doctor immediately scheduled an operation.

“We felt our lives were like a roller coaster,” Noelle says. “We had to think twice about making big purchases, because we were concerned we would need the money later for unexpected medical bills and medicines.”

Little did the couple know what God had in store. One day, Malcolm received a text message informing them that someone from the Victory church they attended wanted to bless them, and was asking for their account number to make the deposit.

“We were floored when we realized it was more than enough to cover for the operation,” Noelle shares, “we were like kids jumping up and down. We knew then, that despite all the trials, God was there with us.”

As the operation date drew near, Noelle couldn’t contain her fear, which worsened the night before the big day. She and Malcolm kept praying until 5AM, the time of her scheduled operation. While lying down in the operating room, she heard a voice say, “Be still and know that I am God.” Her body started to relax and she was able to sleep soundly throughout the almost six-hour operation.

Noelle awoke to shocking news: the doctors removed her right ovary; she had one only ovary left.

“The cyst we found in your right ovary is cancerous,” the doctors told the dismayed couple. They were also told that she was a suffering from a severe case of endometriosis, a condition that resulted in a retroverted uterus. The cyst which was surgically removed had to undergo a biopsy. 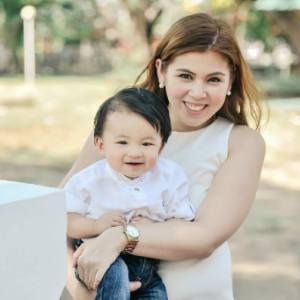 Noelle and Malcolm took the news in stride, waiting for two weeks to learn of what kind of cancer it was. Meanwhile, their families, friends and spiritual family stormed the gates of heaven with prayer for her. Finally, the day came when they got the results: her cancer was stage 1A cancer, a non-aggressive type.

“Your best window to get pregnant is only four months from this operation,” said the doctor who operated on Noelle. Four months later, Noelle had a dream in which she was pregnant. She awoke, very excited, and decided to take a pregnancy test on a whim. She and Malcolm could not believe their eyes when the test revealed two lines.

Her doctors were equally shocked when they found out Noelle conceived naturally, without the aid of pills or other medication. In her fifth month of pregnancy, the couple learned their baby was a boy. They decided to name him Zachary–which means “remembered by God.”

“God answered our prayer,” she smiles. “Despite every doctor saying it was impossible, it was possible for God!”

Before, Noelle was plagued with cancer and infertility; today, she is now free of sickness and the proud mother of a healthy baby boy. Because her right ovary was already successfully removed, she is now cancer-free; she will never have to undergo chemotherapy or radiation. Some people would call it luck, but she’d rather call it a miracle.