When His Grace Changes Everything - Victory - Honor God. Make Disciples. 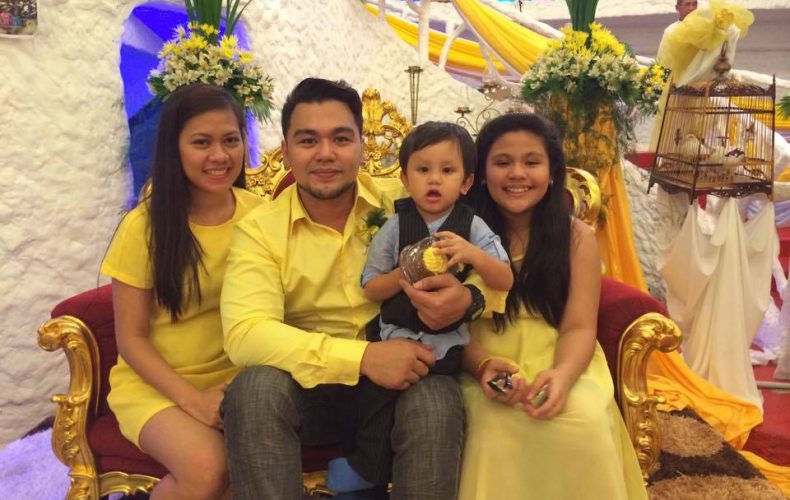 When His Grace Changes Everything

Ken Regala was on the verge of calling it quits.

She didn’t imagine that her relationship with her boyfriend, Choi Sanchez, would end up this way—with a young son, yet not settling down as a family. “I never expected that this would happen to me. It felt like it was straight out of a TV drama.” The situation left her helpless and confused.

Meanwhile, Choi lived a reckless life before meeting Christ, neither acknowledging or bearing the weight of his responsibilities as a young father. “I was into vices, too, even if I already had a child,” Choi admits.

One day, Choi’s sister, Bealyn, encouraged the couple to a join a Victory group led by her best friend, Jorella. She and her husband, Mike, led a couples’ group in Victory Caloocan. “Choi was hesitant to join the group at first, but he still joined me at the group meetings and eventually became part of it. That made me happy,” she recounts.

Mike and Jorella took time to disciple Choi and Ken through regular Victory group meetings and ONE 2 ONE sessions. What started with persistent invitations eventually became something Choi and Ken looked forward to weekly. “They both made the decision to know and follow Christ,” Mike remarks.

As Ken continued to pray for her family and attend Victory group with her boyfriend, God was at work in Choi’s life. “I asked God to give me a heart for Him,” says Choi, “because I no longer wanted to live this kind of life. Little did I know that Ken was praying for me, too.” He committed to change and center his life on Christ.

In 2015, the couple went through Victory Weekend together. Their story, which had a challenging start, would soon move from glory to glory.

When Choi decided to surrender everything to God and change, he realized that he needed to start anew as a family according to God’s Word. He decided to finally ask Ken, his girlfriend and his son’s mother, to be his wife.

Choi and Ken would face another hurdle, in the form of finances. Funding the church wedding was initially a challenge. “We were supposed to have a civil wedding, but a pastor suggested that we hold a church wedding.” They heeded his advice and pooled their finances—but it seemed impossible to make it happen. The wedding date was December. It was already November. Nonetheless, they decided to take a step of faith and tied the knot two days before Christmas.

By God’s grace and a miracle they can’t explain, they made the wedding happen—and despite their financial limits, didn’t owe anyone a centavo after the event.  “We don’t know how it happened—we just know that God provided for us,” says Choi. “We’re so amazed (at) how God moved through it. All we know is everything was perfect the whole day.”

Mike, the couple’s discipler, describes the Sanchez’s story as, “from darkness to light,” quoting lyrics from Victory Worship’s song, “Grace Changes Everything.” He adds, “They had a long journey, went through a lot of trials, but they put in maximum effort in their spiritual lives.”

From being irresponsible and reckless, Choi is now, according to Mike, “a changed man”—someone who takes responsibility for his family, and leads them according to God’s ways.

Indeed, grace does change everything. God’s grace transformed their lives and turned what was a seemingly dead-end relationship to a glorious and God-centered marriage.