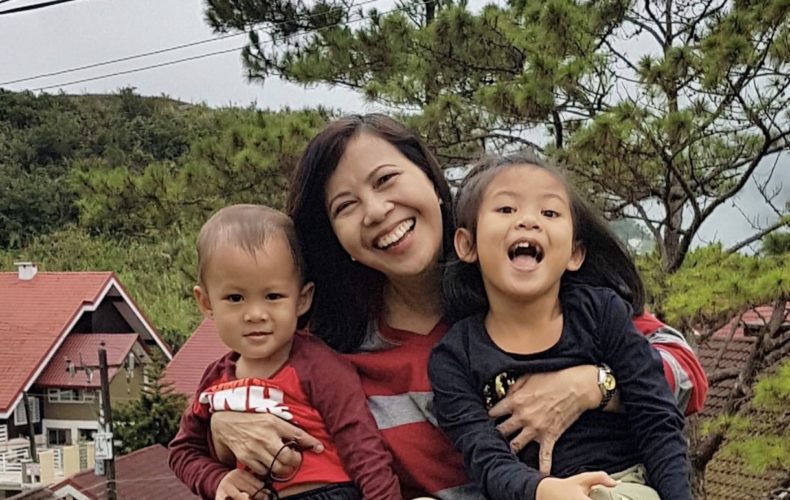 When bad things happen, will you continue to anchor your faith in God and be grateful? In this article, Gigi shares how she chose to thank the Lord and fill her heart with gratitude despite the hardships that tested her faith.

My journey of knowing Christ was long and tough. I had the opportunity to hear the gospel early on, but it took me decades to really take everything to heart. All the while, God had been longing to break the walls in my heart and take the wheel off my hands.

When my mother came to know Christ in 1983, she immediately preached the gospel to our family and hosted Bible study meetings in our home every week. After four years, I accepted Christ in my life as my Savior, but I did not really allow Him to be my Lord; I did not fully let go of the things that are not pleasing to Him.

In 2003, I accidentally learned that there are worship services being held at Victory Ortigas. After more than a year of attending, I joined a Victory group, and another year later, I finally had my Victory Weekend. It felt like finally coming home after wandering away for so long.

However, while I was growing in my faith in 2006 and my family was trying to recover from a major financial crisis, my husband suffered a major stroke. He had to undergo three brain surgeries and stay in the hospital for almost two months. It rendered us all financially crippled. It tried to weaken my faith.

With 4 children in school and debts multiplying, another “big rock” hit our family just nine months after my husband had a stroke—we lost our third child to cancer. He was only 19 years old, and we were all clueless that he was sick. All we knew then was that he had a long-standing cough, which the doctors thought was caused by asthma. Things happened really quickly; we were caught off guard by a really bad surprise. My husband survived, but my son passed away. It did not make sense to us.

In 2009, Ondoy came, and it destroyed everything we had. One bad thing happened after another; it was beyond painful and difficult. As if everything that had happened was not enough, my salary was cut in half in 2012, and it was my youngest son who really felt its impact. Due to an unpaid balance in his tuition, we were unable to get his transcript of records. It took us three years to pay for everything, so my son was out of school for three years. And finally, in 2013, my husband passed away. It was one of the hardest things to accept.

Despite all the things that had happened, God never made me feel alone. He gave me the strength I needed to endure all the pain that went with my husband’s and son’s deaths and with all the other trials that came along. I held on to His Word in Psalm 23 and allowed it to reassure me every time I would feel weak and weary. I would still cheerfully serve Him as an usher in church and allow His strength to carry me through every single day. In the midst of everything, He revealed to me that there is always something to be thankful for.

My son, who was out of school for three years, passed a Philippine Educational Placement Test (PEPT) and managed to enroll back to school. He graduated from senior high school with honors and is now a dean’s lister in his college. Though we are still in the process of getting out of debt, God recently blessed me with a company car and a new home for my family. I knew it was Him working and making things possible. It was Him reminding me that there are little victories along the way—and more. He turned our mourning into dancing and our weeping into joy. His strength, indeed, is always more than enough. I can always smile in the midst of trials because of Christ.

Do not grieve, for the joy of the Lord is your strength. Nehemiah 8:10

When trials come and really bad things happen to us, we can always anchor our faith in God and allow His strength to carry us through. Despite what may come our way, there is always a reason for us to remain grateful because Christ is with us.