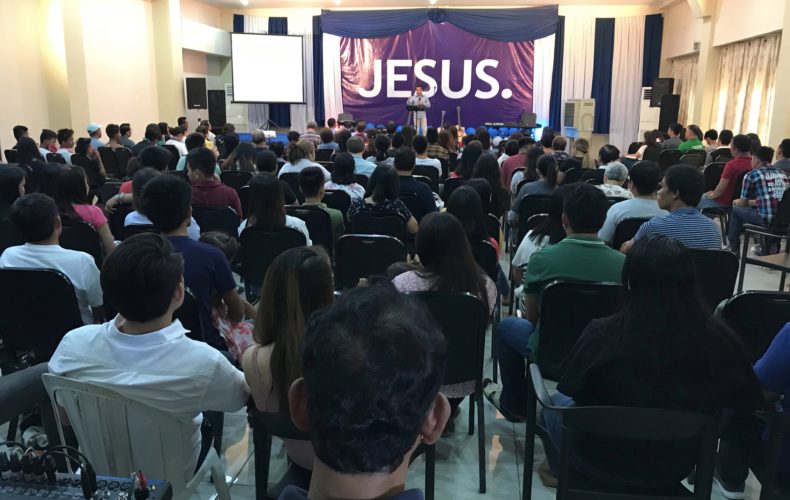 We are now in Toril, Davao City!

We officially launched our church in Toril, Davao City on May 19, 2019! We now hold worship services inside Castle Dreams Hotel every Sunday at 10:00 a.m.

Here is the story behind our 101st church outside Metro Manila.

Our church in Toril started with a vision from our pastoral team in Davao. They realized that for us to saturate the city with God’s Word and make disciples, we need to maximize our reach. Since Davao City has a massive land area—it’s at least four times the size of Metro Cebu—the only way we can disciple the whole city, is to plant more churches.

This was how Victory in Toril began.

Toril is the gateway of Davao City to the south. Everyone who enters Davao City from places like General Santos City, Cotabato City, and Digos City goes through Toril. Because of the district’s strategic location, the future expansion of infrastructures and government plans in Davao are all geared towards it. As a new church plant, it gives us not just many opportunities for future growth but also a chance to reach more people.

Aside from Toril’s strategic location, the traffic condition in the city—which has made it difficult for people who live near Toril to attend our Sunday services in the downtown area—has been a factor as well. Despite this challenge, God opened doors for us to impact the city with the gospel by allowing us to have a church plant in Toril.

As a new church plant, we are believing for more fruitfulness and growth in terms of discipleship. Our prayer is to reach the vast majority of people living in Toril and nearby areas so we can help them grow in their faith and become fruitful disciples. We are also praying to eventually move to a permanent center where we could maximize our discipleship activities and have more opportunities to preach the gospel.

Truly, it is only by His grace that we are able to plant more churches and reach more people. Stand with us in prayer as we believe God for growth and fruitfulness in Mindanao!