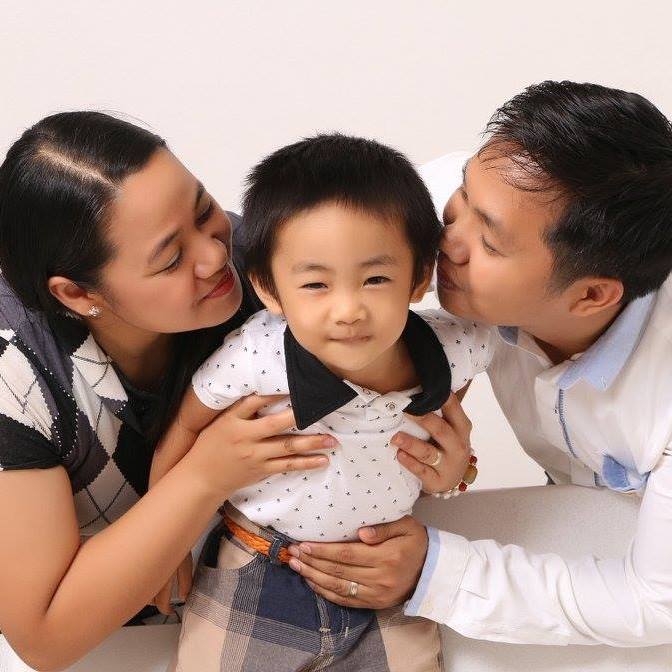 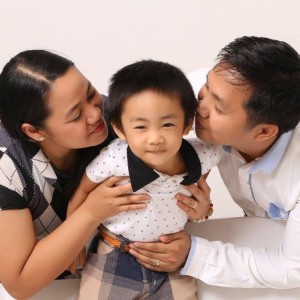 “We’ve been married for seven years, and all that time, we’ve been praying for a child,” 38-year old Jonathan Agbuya shares. He and his wife, Divine, were told by their doctor that the chances of them having a child were slim. They were advised to undergo in vitro fertilization. The process would involve a series of complex procedures and would cost half a million, to a million pesos.

After several months of attending Victory Novaliches, the couple decided to get connected to a Victory group. Feeling the acceptance and love from their new spiritual family, they opened up about their struggle in conceiving a child. Their Victory group leader encouraged them to be more specific in their prayers and told them not to lose hope because God is in control. “Praise God for our leaders who encouraged us, prayed with us, and labored with us on our heart’s desire to have a baby,” Jonathan declares.

Soon, the couple were discipled and became disciple-makers, themselves. Divine was eventually introduced to a coaching group composed of other married women. Like before, she shared her desire to have a child, so that the group can pray with them, too. She soon found out she and Jonathan weren’t alone in their situation. Three out of the four women in the coaching group were also praying for a baby.

One of them underwent an operation in both ovaries and was advised by the doctor that the chances of her getting pregnant were small. “They didn’t lose hope,” Jonathan shares, “Like us, they kept praying to God.” The second couple also wanted another child, but was told that it would be risky for the mother because she was diagnosed with myoma.

This time of waiting on the Lord coincided with their study of a book that encouraged them to lay down their every concern to the Lord, and to claim God’s promises in their lives. “God revealed to us the things that we need to give up because they hinder us from receiving His blessings,” Jonathan shares. It wasn’t an easy journey. They would sometimes feel hopeless and defeated, but their friends and spiritual family would remind them of God’s plan for their life, which is a hope and a future.

Before the year ended, after praying unceasingly as a group, Jonathan and Divine received news from their member diagnosed with myoma that she and her husband were finally able to conceive. Like before, the group covered them in prayer as they went through a delicate pregnancy. On August 2013, the couple became the proud parents of a healthy baby boy without any complications.

Add to that, the couple who faced infertility problems because of an ovarian operation was also able to conceive in January last 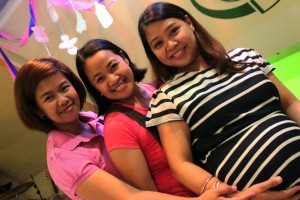 year. They welcomed a bouncing baby boy to their family in August.

“One by one, we were starting to experience God’s answer to our prayers!” Jonathan exclaims.

It was their turn to witness God’s miracle when Jonathan woke up one morning in May 2013 to Divine holding a pregnancy test. The result was positive. “We were so amazed!” Jonathan shares, “I thought I was just dreaming!” Still in a state of awe, the couple immediately headed to the hospital to get an ultrasound. The doctor confirmed that Divine was indeed pregnant. What the couple didn’t expect was for them to hear their baby for the first time. “The doctor let us listen to our baby’s heartbeat,” Jonathan shares, “And our hearts were just jumping with joy, giving praise and thanks to our Lord!”

On the 24th of December in 2013, Divine gave birth to a beautiful baby boy. A wonderful Christmas gift from God to them. They named him Jediah Daniel, which means “Jehovah knows” and “God is my judge.”

Jonathan and Divine couldn’t help but be in awe after witnessing God’s work, not only in their lives, but also in their friends’ lives. “Hearing these other stories, I can say that God truly works in us individually and personally,” Jonathan shares. They may have a similar desire, but God dealt with them in a way that fits uniquely to their situation

Jonathan recalls the story of the blind man, Bartimaeus, in the Bible. When asked by his disciples whose fault it was that the man was blind–the man or his parents–Jesus answered, “This happened so that the works of God might be displayed in him.” (John 9:1-3)

“Like Bartimaeus, I believe that God has a reason and purpose in everything that has happened to us,” Jonathan declares, “And that is to give glory to Him, and Him alone.”