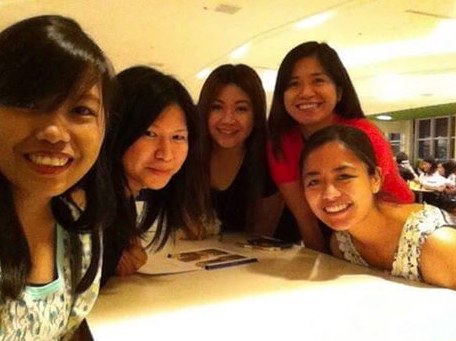 A Life That Reflects Christ

“I love God,” Jodi Bess Lego wrote on her Tumblr blog,” and I love cats.”

The Tumblr blog was the outlet of the 28-year-old graphic designer for Victory Fort, who used it to make sporadic updates on her beta thalassemia major, a severe form of anemia that often left her easily fatigued and short of breath.

“When I was a child,” she wrote, “I used to pretend that we were checking in a hotel every time I was confined for blood transfusions. I actually learned to enjoy being hospitalized.”

From age 4, she would go into the hospital every other month for blood transfusions; she would also undergo iron chelation, which was expensive and difficult at the time. In 1998, health complications necessitated the removal of her spleen and gall bladder; iron deposits began to take a toll on her organs, particularly her heart and liver. Despite these health challenges, Jodi remained unfazed and positive, even more so in 1999, when her mother, BJ, took her to church.

“When I accepted Jesus as Lord and Savior when I was around twelve years old,” Jodi wrote, “I didn’t really find anything major to repent from. No addictions, no vices, no bad relationships. But as years of being a Christian passed by,” she added, “instead of becoming stronger and deeper in my walk with God, things got shakier. I wanted to just stop believing in Jesus.”

An encounter with the Holy Spirit helped her realize that Jesus was her Lord, regardless of what she chose to believe. “I realized that God does not exist so my life can be the way I want it to be,” she wrote. “At that point I stopped caring so much about the circumstances. I stopped moping around for what I felt God was holding back from me. I started focusing on God and what Jesus had done.” 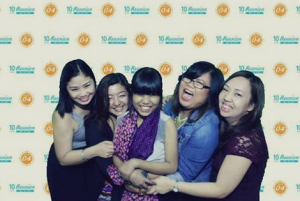 As Jodi grew deeper in her relationship with God, she made it a point to build relationships and grow others in the faith. She led a Victory group of single women, whom she regularly met at Glorietta; since 2012, she would travel from her home in Quezon City to meet these ladies In Makati.

“Jodi really treasures her friends,” says friend and former colleague Elain Subido. “She keeps in contact with them despite their being in different seasons.”

“She bravely and lovingly asked me if I’d gone through ONE 2 ONE,” adds Ella Jane Pinili. “She is one of the reasons why I and my whole family got saved.”

“We didn’t know each other that well,” writes Karlos Manalo, a fellow Communications Ministry volunteer, “and, unfortunately, the moments she knew of me, I was being belligerent in my path to follow Christ. In a moment where I aired out my questions, she reached out to me and pointed to where I can get answers, or, at the very least, let me know I was not alone in my doubts.”

A talented graphic artist, Jodi initially volunteered to do graphic design for the Kids Church of Victory Fort, which she attended with her mother. In 2012, she officially became a staff member of the church, and was pivotal to the development of the official peripherals, not just of Victory Fort’s, but also the Real LIFE Foundation and the Every Nation Building Phase 2 project. Still, she was determined to continue her discipleship efforts. In addition to her Victory group in Makati, she started a second Victory group, reaching out to her high school friends and meeting them in Ortigas. 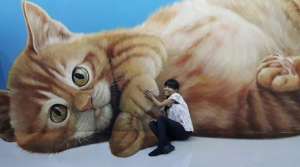 “I will not let my illness stop me from doing what I believe God wants me to do,” Jodi told her mother. She was able to raise enough funds to go on a Ten Days missions trip to Nepal, but was held back at the last minute because she got sick. In April 2016, Jodi contracted pneumonia and celebrated her birthday in hospital.

“When you are in the middle of illness,” she wrote in a blog published a year earlier, “believing is not the easiest thing to do. Giving up is. Losing hope is. Being angry and bitter is. To believe that God loves you and that He will heal you,” she added, “is not an easy solution nor is it a balm that eases the pain. But here I am, believing. I believe because I experienced God, I encountered His truth, to not believe would be complete denial of what I know is true.”

A month later, she was confined a second time. A few days after she was discharged, she complained of a headache, and doctors, suspecting bacterial meningitis, re-admitted her. Over the next few days, Jodi’s situation seemed bleak, as she suffered intracranial bleeding; her family and friends begged God for a miracle. Eleven days later, on May 29, Jodi returned into the arms of her Savior. 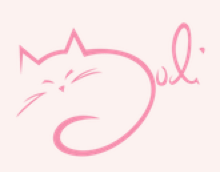 Over the next few days, Jodi’s Facebook page was flooded with messages from people whose lives she had touched. From classmates to batchmates, from Victory group members to virtual strangers who were touched by her designs in church, people paid tribute to the faithful Christian woman who loved God, cats, and Japan.

“Those around her,” writes Sheila Marquez, another friend, “even if they didn’t know her so well, couldn’t help but praise God just by watching the way she lived, loved and inspired others. Her sickness may have affected her body, but it never touched her spirit. She remained full of faith, at peace, beaming with joy, thankful and faithful to her call, to the very end.”

One noteworthy thing about the messages left by her friends is the astonishingly high number of photos showing Jodi with them. Despite her lifelong sickness, Jodi clearly spent time with so many people, growing them in the faith and building relationships that would plant seeds of hope, and, hopefully, the gospel. It is a remarkable sign that Jodi intentionally worked to mirror Christ and be Christ to the people around her, making the most of the limited time on Earth that she knew she had.

“I’m not really afraid of dying,” Jodi wrote in 2012. “In fact, sometimes, I long for it. Ultimately, though, what matters to me are these: that I have lived my years on earth fully; that the people I love, know just how much I love them; and that I have lived every ounce of my strength to glorify and please Jesus.”