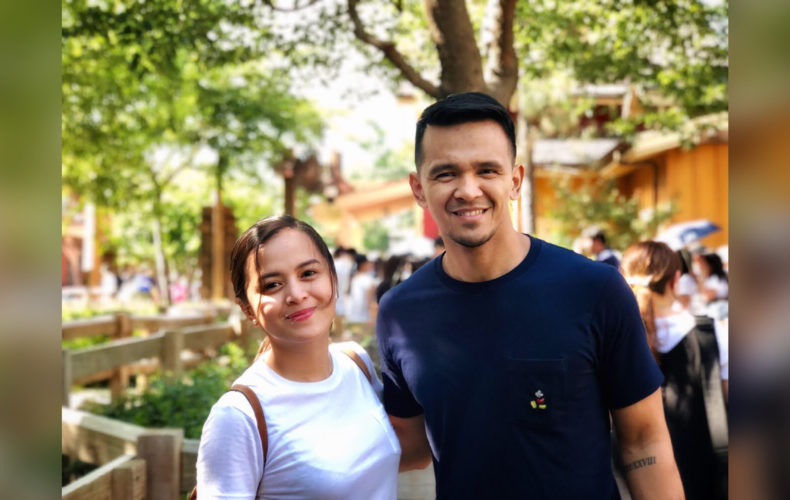 Have you been praying about a situation in your life and waiting for a breakthrough? May this story about God’s beautiful timing encourage you as you prepare for the fast and continue to seek God.

Cyril and I got married in 2015. Since then, we had been looking forward to adding a little version of him and me into our family. We prayed and continued to wait, believing it wouldn’t take that long. But when months had passed and nothing had happened, we began to wonder if something was wrong.

In that same year, we went to a doctor and found out that I had an endometrial cyst. At that time, it was still small in size. The doctor told us that it was nothing to worry about, and we could keep trying. We tried and waited again—for weeks, months, and years. Until it slowly took a toll on us and drained our hope.

Though we never lost faith, frustration kept building up each month. We thought that maybe, God had other plans for us. We began to talk to different couples who were also waiting for a child and sought their advice. Most of them were waiting longer than we did, and they somehow helped us see things in a different light. They encouraged us to continue seeking God.

We started to regularly participate in our time of prayer and fasting with the same faith goal every year. And though each year was difficult and full of tears, God’s grace was there to sustain us.

Last year, we finally had the courage to go back to the hospital and seek medical advice again. On that same day, we found out from a specialist that my endometrial cyst had grown to eight centimeters. The size was worrisome, and it couldn’t be ignored anymore. The doctor suggested that I undergo surgery as soon as possible.

Deciding to go through surgery was difficult for me. It uncovered fears I didn’t know existed. It was a battle that I had to surrender to God. On the day of the surgery, I couldn’t think of anything else but my relationship with Him. It made me realize that He is far more important than all the things I had been wanting or praying for in my life.

After the surgery, God slowly unfolded so many things to us. He also overwhelmed us, not just with His grace but even with His provision. A lot of people came unexpectedly to bless and help us financially. We left the hospital without a tinge of worry.

During my follow up consultation, the doctor put me on medication and told me that if conceiving would still be a challenge after a few months, I could go to an infertility clinic specializing in assisted reproductive technology. Knowing that we couldn’t afford the said process, we prayed to God and trusted that His will for us—whatever it might be—would still be the best.

While waiting, God continued to deal not just with my heart but even with my husband’s. I didn’t realize that his experience of growing up in a fatherless home made him doubt if he was capable of being a father and raising a child. Though our journey of waiting wasn’t easy, I was grateful because, through it, God revealed so many things to us and made our relationship stronger and centered on Him alone.

With everything that we had gone through, I knew that the possibility of conceiving without medical intervention was slim. That’s why even when my monthly period got delayed for a few days last April, I was a bit hesitant to do a pregnancy test. Though a part of me was hopeful and full of faith, a big part was also afraid that the results would end up being similar to the ones we previously had. As I was waiting for the lines to appear on the pregnancy test kit, I slowly welled up in tears. I didn’t see a single line this time—I saw two clear lines, which meant that I’m pregnant.

I hurriedly showed the results to my husband, and we ended up crying with so much awe and gratitude. That time, all I could hear was God saying to me that He was writing a different story for us—a story that was far more beautiful than what we had in mind.

Now, I am 14 weeks pregnant, and everything is right on track based on my latest ultrasound. As we wait for our little miracle, my husband and I are continuously holding on to God and His grace. We know that we can trust Him fully as He weaves every tiny part of His precious gift to our marriage.

Tiffany Xyra Valdez is leading a singles Victory group in Victory Greenhills. Like Tiffany, her husband Cyril, is also helping young men know God more by going through ONE 2 ONE with them.