Why Should I be Part of the Ten Days Experience? - Victory - Honor God. Make Disciples. 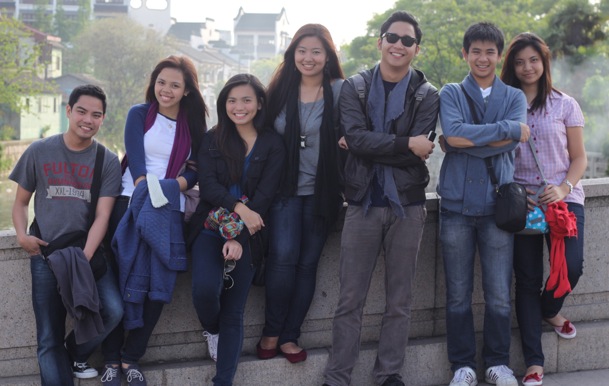 Why Should I be Part of the Ten Days Experience?

“If God has called you for something, He will be the one to make a way.” Check out Rivelle Mallari’s Ten Days mission trip testimony!

I feel that living in the Philippines gives us the privilege to talk about Jesus freely, read the Bible in public, and attend church anytime, anywhere. In other nations, people haven’t even heard the name “Jesus.” I wanted to take advantage of that privilege by reaching out to these people. I know that it will not change the entire nation but going on a mission trip could be the start.

I took part in a Ten Days mission trip earlier this year. It was so easy to share the gospel with the locals because they were excited and willing to listen. They were also thrilled to be visited by someone from another country.

At first, I had so much doubt if I could tell about Jesus to people I don’t know. I never tried talking randomly to strangers and be friends with them. We went to one of the campuses in the nation and I was really nervous. How do I approach these students I’ve never met? When we started talking to them, though, it was pretty easy and fun. We spent two days with them like we knew each other for months. God was really the One who allowed these events to happen. I never would have imagined that it was possible.

One of the memorable parts of my Ten Days trip was having a relationship talk with one of the locals I met. Almost out of nowhere, she shared her frustrations about being single, and asked me about having a boyfriend. I told her that being single is a gift from God and we should enjoy this season, and that finding a partner is not the ultimate answer to make us perfectly happy. That talk may have been short, but I felt like it was something important to her.

All the events that happened before, during, and after the event were more than I could ever ask for. I’m grateful for the opportunity to take part in what God is doing in the nations!