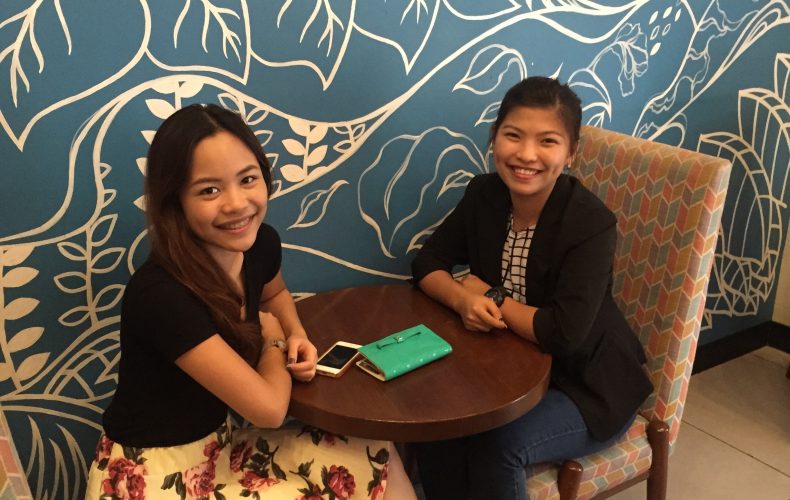 “I debated many things with her,” Kath reveals, “but I couldn’t question her changed life.”

Twenty-two-year-old Kathlene Parungao shares how her close friend and discipler, Kara de Leos, steered her from her self-serving lifestyle to a life that honors God. The two girls met in college in a less than typical way. “I didn’t like her at first because she was dressed in a way that irked me. It’s probably a girl thing,” Kath laughs, “I knew she was a party girl like me.”

Coming from a Christian family, Kath knew about the gospel and salvation but, as with all the other members of her family, her knowledge didn’t translate to a changed life. “I thought Christianity was just about following a set of rules, looking good in the eyes of people, and going to church every Sunday,” she shares, “I never understood that it was about a relationship with God.”

Growing up, Kath would attend church out of fear that she won’t be saved if she missed a Sunday. Her so-called Christian life evolved around a “good works mentality.” For her, God was Someone too far to reach. Christianity was in her mind, but it never touched her heart. She never established the necessary foundations in her Christian journey.

During her teenage years, she harbored anger towards her parents and felt that no one really loved her. She started to fill her need for acceptance through her peers. “I did things that I never thought I’d do just so people could accept me or be friends with me,” she reveals. Soon, she entered into a wrong relationship, learned how to drink and smoke, and embraced the night life. Kath was branded the black sheep of the family. 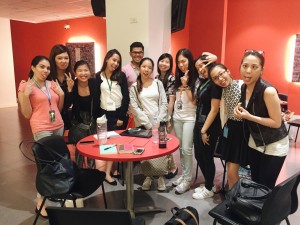 When she entered college, Kath became her worst nightmare. “Because of my rebelliousness, I brought a lot of pain to my family,” she confesses, “I’ve made my mom cry, my siblings, my lola, and probably even my dad! That’s how hardened I was.” She also started influencing other people with her wayward lifestyle.

Every day after school, Kath and her friends would go straight to Greenbelt to hang out and drink. It became their routine, until one day, Kath was overwhelmed with feelings of guilt. “I heard a voice ask me if I was really happy destroying my life and lying to my parents, she reveals, “It asked me if I was happy trying to live up to the world’s standards.” Faced with reality, Kath had to be honest with herself and accept that she wasn’t really happy. She knew that if she kept up with her lifestyle, it would only be a matter of time before she crashed and burned.

“I knew I needed help, so I started praying,” she says, “I prayed every single night: God save me.”

Kath eventually transferred to De La Salle University, seeing this as an opportune time to start on a clean slate. Unfortunately, without a strong foundation and by relying completely on her own will, Kath was swallowed by temptations and ended up reverting back to her life as a party girl. In her new university, she felt that it was still her old life.

Until one day, she noticed something different in Kara, the girl in her class who annoyed her. She felt the feeling was mutual. She knew Kara partied hard like her. “But when I saw her again, she was different! She was dressed modestly and her face was radiant,” she exclaims, “I felt that she had a lighter spirit, and that really got me curious. So, I stalked her online!”

Kath found Kara’s blog, wherein she wrote how God saved her life. Being a party girl herself, Kath related so much to what she read. She sent a message to Kara on Facebook and asked her more about her transformation. It was a call for help, and Kara answered right away. She invited Kath to the La Salle cluster of Every Nation Campus Philippines, where students gathered for Victory group meetings.

“I was so shocked because people there were so kind even after knowing my story,” Kath shares, “I didn’t feel judged. I didn’t feel that I had to do anything to be accepted.” It was a far cry from her experience of pleasing people for approval. From her life-changing encounter that day, Kath was connected to a Victory group.

Kara started leading her to ONE 2 ONE, and patiently walked with her in her new Christian journey. “I saw her relationship with God and how she was so deeply in love with Jesus. So, I prayed to God, ‘Lord, I want that kind of faith, too.’”

Kath started reading the Bible, in faith that God would speak to her, too just like how He spoke with Kara. She would read His word everyday, always praying for Him to speak to her. Until one day, she got her answer. “I couldn’t forget the day God finally spoke to me! All my questions were answered. It all made sense, she reveals, “That encounter is the encounter I always go back to whenever I feel the urge to give up. God spoke to someone as small as me. He had me at my worst and still chose to love me. What a personal God!”

This encounter stoked a fire in Kath’s heart. She felt an overflow of love that she had to share with other people. She went back to her previous church to inspire her friends there that it is possible to have a relationship with Jesus. She also started leading others to One 2 One, until she was able to create Victory groups in high school and in La Salle.

Her family, who initially persecuted her, also started attending church after seeing the dramatic change in Kath. After years of praying for them, Kath is ecstatic to see them being discipled. Her sister has just undergone Victory Weekend, while her brother just finished ONE 2 ONE. Their mother now attends a Victory group and Kath is excited for her to start ONE 2 ONE, too. “I thought reconciliation was impossible,” she confesses, “But it’s happening now by God’s grace.”

Recently, Kath was given an opportunity to go on her first mission trip to India. She couldn’t help but be amazed at how God uses her for His mighty purpose. Three years after she met Kara, Kath still helps in the campus even after having graduated for a year already. “Imagine, with my previous lifestyle, I was so close to doing drugs, until God sent her to me. She took a chance at me before the world could! If she delayed her obedience, I would probably still be the old me.” With this, Kath realized that every second counts.

Throughout her journey, she learned that the youth can make or break the future of this nation. She admits that it’s not an easy journey to lead other people, but for her, there’s nothing that compares to winning the souls of young people for Jesus Christ. She is in faith that one day, the young people she’s discipling will choose to honor God and stand for what’s right wherever they’re planted. <

“I realized being a Christian is more than having a religion, but it’s a relationship with Jesus. It’s as real as any relationship we have now.” From being a black sheep, she is now sheep of His pasture, a disciple of Jesus who was lost and has now been found.