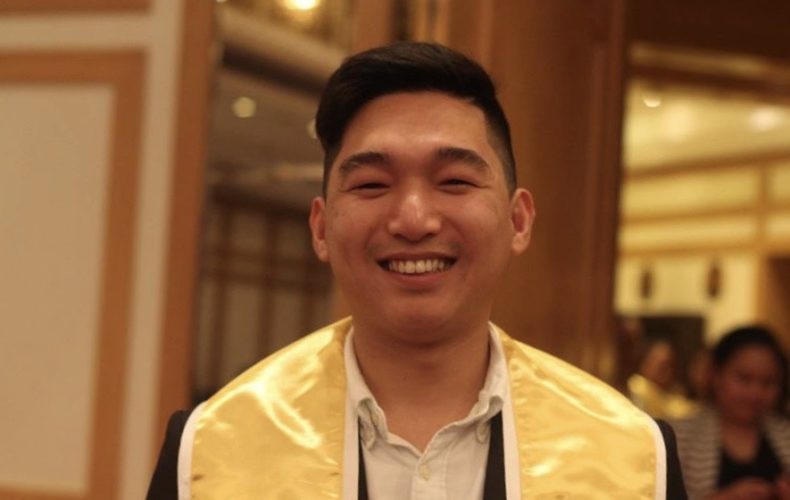 Who do we look up to and aspire to become? In this article, Elmo recounts how God gave him the grace to follow Him and be molded into His image day by day.

I grew up in Tondo, Manila with my family. Unlike most kids, I was introduced to smoking, drinking, gambling, and other illegal activities at a very young age. Seeing people being consumed by vices became a normal thing for me. I saw it every day while growing up.

Aside from doing things that I saw being done by the people around me, I also started putting so much value on material things. I thought those things could make me secure and happy. I thought my image depended on the things I possessed.

When I reached college, a friend invited me to attend a worship service at Victory Katipunan. I didn’t know why, but for some reason, I kept going with him. I started attending weekly, until I became really interested to know God more. All along, I was unaware that deep down inside, I was actually seeking God—there was a void in my heart that no vice or any material thing could fill.

After a few months of attending our worship services, I accepted Jesus in my life and got connected to Victory Malate. I joined a Victory group, finished ONE 2 ONE, and went through Victory Weekend. I also started serving every Sunday as a volunteer in our church, but for some reason, I knew a part of me was still struggling in my relationship with the Lord.

In 2017, I got an offer to work in UAE. Just a month after I arrived, I received a call from my mother. It was the worst phone call ever. My father was dying, and he didn’t have much time left. That news broke my heart and knocked some sense into me. I prayed and cried out to God like a son pouring out his emotions to his father. For the first time, I surrendered everything to Him. And it was during that time that I became really serious with my relationship with Christ and received Him not just as my Savior but as Lord of my life.

Though I lost my father just a few days after I fully surrendered my life to Christ, God gave me the peace and grace to accept his passing. I may have lost my earthly father, but I gained a heavenly Father who will stay until the end.

God’s love filled my heart like no other vice or material thing ever could. His love inspired me to walk in His love and be like Him in every aspect. And there’s nothing like it. Nothing compares to being able to reflect Him in the way I live my life. There’s nothing I desire now but to be more like Him every passing day.

Now, I am part of our Every Nation church in Abu Dhabi. And I am blessed to be a witness of how more and more people are coming to know Christ and desiring to be more like Him in this part of the world.