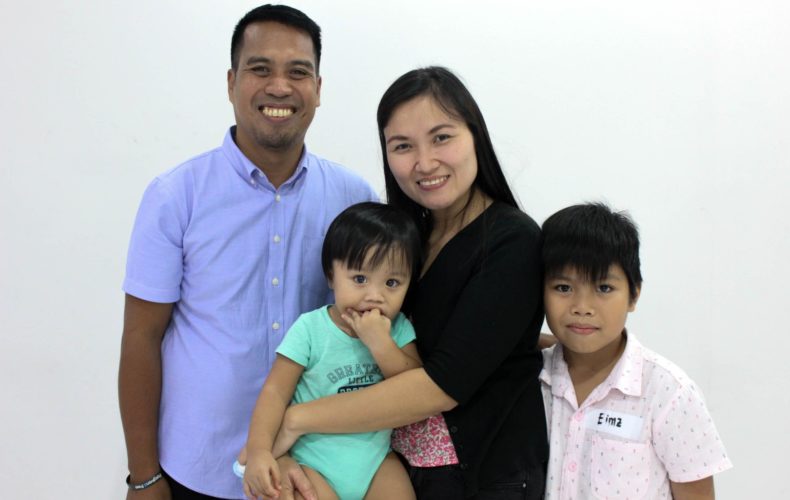 Mumar was living a good life in Italy until he and his wife were called by God to go back to the Philippines and do full-time ministry. See how Mumar obeyed God’s call and made a resolve to serve Him—no matter the cost.

My entire family used to live in Milan, Italy. We experienced a good life while we were there. And though we were happy because we were complete, something did not feel right. There was no peace.

Before my wife and I went to Italy, I was working as an Overseas Filipino Worker (OFW) in Dubai. While I was there, God impressed to me and my wife that He was calling me to serve in the Philippines. But instead of heeding His call, I ignored it and flew to Italy.

When I arrived in Milan, God’s call for me to serve full-time became even clearer to me and my wife. But a big part of me did not want to obey at once. I told my wife that we should continue to pray about it (even though we had been praying for it for quite a while already) and save up as much as we can for a year before going back to the country. My priority then was to save enough money for a new house and lot; obeying God’s call was the least of my priorities. I was insisting on the plans I had for my family instead of letting God’s plans be fulfilled in my life.

In 2013, my family and I finally went back to the Philippines, but we consciously set aside the real reason we came back. We stayed on our farm in Talavera and immediately started our poultry business. I thought I could get away with what I had done. But that same year, Yolanda hit our town. We lost everything we had.

We were so down at that time, but God helped us start again. We eventually managed to put up another business. And when things were going well again, I—once more—dismissed the idea of serving God full-time. In just a few months, another typhoon came, and we lost everything again. Nothing was left on our farm. It was the lowest point of our lives.

Since we did not have a place to stay anymore, my wife, who was pregnant with our second child then, looked for a temporary home for us. She eventually found one, which was owned by her elder sister. It was unfinished and there was no electricity and water, but we had very few options. That house is, coincidentally, only 300 meters away from Victory Talavera.

I knew it was God reminding me of His call. Since we transferred there, we started to attend regularly at Victory Talavera, and I became an active volunteer for a year. And though there were times when I still tried to wiggle out of the call that God had placed in my heart, I eventually surrendered and gave it all up to Him.

I made a decision to finally obey God and respond to His call.

And that’s when I realized that even though we did not have a family business or a house of our own and life was not comfortable, I could be really happy and secure. I lost everything, yet I gained everything that truly matters.

Now, I serve full-time as part of the administrative staff in our church, and I hope to be trained further. My wife serves along with me as a Kids Church teacher, and we are both grateful and fulfilled to finally be at the center of God’s will.

Then Jesus told his disciples, ‘If anyone would come after me, let him deny himself and take up his cross and follow me. Matthew 16:24

There is nothing more fulfilling than letting God accomplish the plan and purpose He has for our lives. Let us allow His grace to carry us through as we trust and obey Him.