Whatever It Takes, Wherever I Am - Victory - Honor God. Make Disciples. 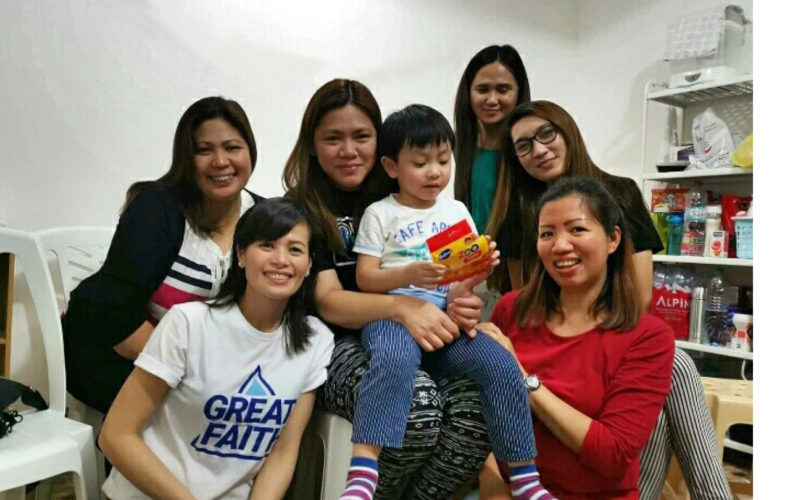 Whatever It Takes, Wherever I Am

Sometimes, we find ourselves in situations that seem impossible to get past. In this article, Joanna shares how God turned her seemingly hopeless situation around and used it for His glory.

I am an overseas Filipino worker in the Middle East. I started working here in 2009, and it was here where I came to know Christ through an Every Nation church. In 2011, I received Jesus as my Lord and Savior and have since experienced His protection and grace, but His love has never been more real to me than two years ago.

In 2017, upon returning to the Middle East after spending my vacation in the Philippines, I was held and interrogated at the immigration office. I was told that I had a case filed for issuing unfunded checks for a loan of eighty-five thousand dirhams—or more than one million pesos. I was sentenced to imprisonment for seven to eight months. Knowing that I did not do anything wrong and never borrowed money from anyone, I felt afraid, depressed, and devastated. I even questioned God for what happened.

While trying to make sense of everything, I saw a Bible verse on social media. It was Romans 8:28, and it spoke to me. Reading it made me realize that I am God’s child, and He loves me too much to leave or forsake me. With His guidance and grace, I filed an appeal and won the case. I felt vindicated! I asked God to help me forgive and forget.

However, just a few months after that decision was released, I got a call informing me that the case filed against me had been escalated to the civil court. Hearing it was like being dragged back to a battle I thought I had already won. But instead of feeling depressed over it again, I sought God in prayer and read the Bible. His Word from Deuteronomy 31:6–8 spoke to me and reassured me that there was no reason for me to fear.

When the decision came out, I was told that I had lost the case. I was apprehended and locked up for the second time. Upon being brought back to jail, I waited for the old feeling of fear and depression to come back, but they didn’t. I felt different. I felt at peace.

In jail, I began praying and sharing Bible verses with the other detainees. I ended up gaining new friends because of that. The whole experience turned out to be the exact opposite of what I had in mind. But just when I was beginning to build relationships there, an order came that I was to be transferred.

On my way to the other jail, I continued praying and quietly sang praises to God. I sought Him earnestly and asked Him to reveal His purpose for bringing me there. When I arrived, I saw a group of women doing Bible study. I approached them, testified to them, and prayed with them. After that night, I realized that God had a purpose for allowing everything to happen—I was on a mission to share His message.

I then started sharing the Word of God with my fellow detainees, especially to those who were going through depression. I invited them to join our Bible study meetings and taught them praise and worship songs. I reminded them that we have a great God and there’s still hope despite our situation.

Soon, God started moving in our lives. Those who had been waiting for hearing schedules for many years suddenly got a schedule and a verdict. Though some got a verdict worse than what they were expecting, they remained in faith and had peace knowing that God is with them. A lot of people who received Jesus Christ as their Lord and Savior were also set free. Despite our different nationalities, God made a way to unite us all. From four people, we grew to more than 40 individuals gathering each week to fellowship with each other and with God. And it is still growing until today.

After seven months and three weeks in jail, God did a miracle. I was set free, and the authorities are now actively seeking the actual people involved in the case to clear my name. I knew it was God working in my midst. He had a purpose for every painful situation I experienced. The whole thing was beyond difficult, but it allowed me to share His Word in a way I never thought possible. I’ll be forever thankful to God for that.

Whatever it takes and wherever we are, God can use us to boldly share His powerful message of love and salvation. Our circumstances should not stop us from being a witness of His grace.