We’re excited to witness the launch of Victory Tabuk on September 25! 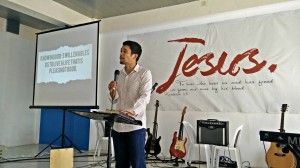 Located in the province of Kalinga in the Cordillera Administrative Region (CAR), Tabuk is 548 kilometers away from Manila, approximately ten to twelve hours away by car. A popular destination for white water rafting in Luzon, Tabuk is a total contrast to the urban metropolis that is Manila, with 60% of its land area devoted to agriculture.

Under the leadership of Pastor Jonathan Navalta, we will be officially launching Victory Tabuk on September 25, Sunday, at 10:00 AM on the third floor of Marina Mall and at 3:00 PM in Grand Zion Hotel. KIDS Church will also be conducted simultaneously in the venues. 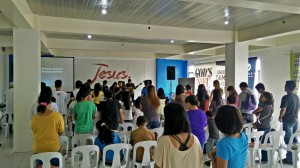 Last month, our church here welcomed their ninth batch of participants for Victory Weekend. Thirteen people publicly declared their faith in Jesus and got water baptized. We are in faith that these new disciples will one day be disciple makers and make an impact in their communities, too.

Let us intercede for the leaders and volunteers of Victory Tabuk as they prepare for their grand launch in a few weeks. You may visit Victory Tabuk Church Planting on Facebook for more updates. If you have friends and family in Kalinga, tell them about Victory Tabuk. Let’s join our new church in the Cordillera Administrative Region, connecting more Kalingas to Jesus!