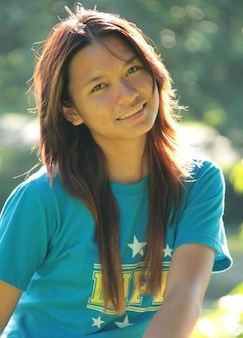 The Value of Shared Life

How did being part of a Victory group help fifteen-year-old Dorothy Seldura grow in her relationship with God? Read her testimony here!

When I was younger, I chose to block everyone out of my life. You could say I was the typical shy loner that no one could reach. I grew up in a Christian home, but I didn’t think the Christian life was meant to be lived with others.

Later, someone invited me to join a Victory group. I was shocked when I first attended. “How could these people be so open to sharing their weaknesses openly?” I thought.

You see, I grew up trying to put up a strong front. Little did I know that it would lead to my downfall. I began experiencing depression and I started to doubt if really God loved me. I felt lonely, and I couldn’t talk to anyone because I didn’t feel like they would accept me.

All that changed when I became part of a Victory group. The change was gradual, but I learned so many things. I can now say that I have experienced, encountered, and continually testify to the love of God like never before.

I learned that living a victorious life includes being part of a spiritual family that lifts its members up in faith; they strengthen each other even when their weaknesses are in plain sight. Living a Christian life doesn’t have to be like walking a lonely path, and it was never meant to be that way!

It’s amazing how God loves us so much! He has taught us to love one another and encourage one another in His Word. I would not be here, growing in my relationship with Jesus, if not for the people around me. Through their godly example, I learned to give, and not just receive God’s love.

By God’s grace, I can say that I have overcome my extreme shyness. God has ignited in me a passion to share His word with other people. I now want to help more young women who are going through the same things I did before. They need to know that Someone cares and loves them like no other!

Dorothy is a high school student from Living Heritage Academy, and is an active Victory group leader in Victory Dipolog.