The Man Who Lost Everything - Victory - Honor God. Make Disciples. 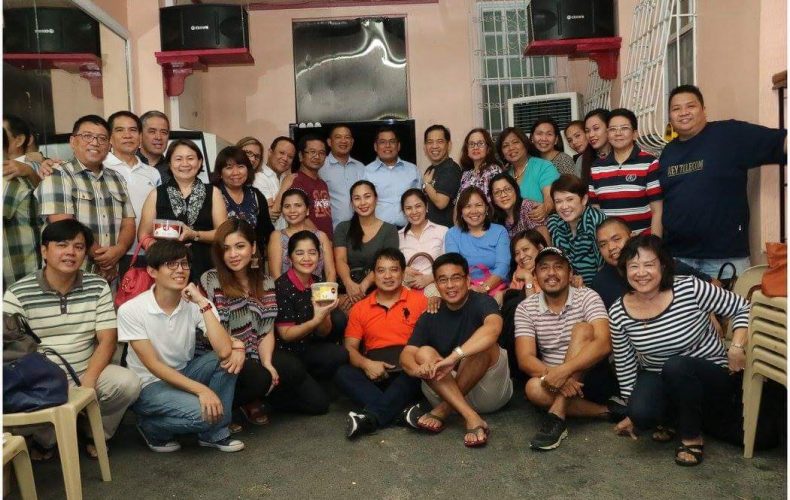 The Man Who Lost Everything

Vincent Garcia had everything he wanted. At 20 years old, he had more money than a young man should have. He could eat anything, go anywhere, and do whatever his heart desired. He was a self-described spoiled brat, and he loved it. He was enrolled in various schools in San Juan, Manila, but never paid attention to his education.

“I would go to school for my allowance,” he confesses, “And to meet girls.” He took BS Business Management at the Central Colleges of the Philippines, but never completed his course. 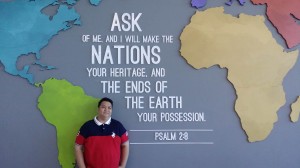 Initially indulging merely in designer clothes and expensive perfume, Vincent’s penchant for a hedonistic lifestyle soon found him experimenting with drugs and joining dangerous motorcycle drag races. One night, after winning a race with his friends, they decided to celebrate. Vincent got on his motorcycle, without a helmet on, and cruised along a highway in Morong, Rizal to meet his friends who were also on their way to their party venue. Before he could reach his destination, Vincent figured in a head-on collision with a pick-up truck.

“I didn’t exactly know what happened but I woke up with a fractured left leg,” he shares, “I also dislocated my right knee.” The doctors had to put metal plates in his legs to secure the fractions and dislocations. The accident wasn’t enough to keep Vincent away from his indulgent and illegal lifestyle. After he had healed enough to be able to walk with crutches, he returned to his wayward life, with little concern for his future.

Because he couldn’t ride motorcycles anymore, Vincent soon found another hobby. He brought his mobile phone to a friend to have it repaired. There, he found out that repairing mobile phones actually interested him. He asked his friend to take him in as a shop assistant. While working at the shop, he developed his skills and studied more about cellphone repair. Some time later, Vincent was able to put up his own cellphone repair shop. He had additional income again, but despite the second chance he was given, he still chose to spend his money on his dangerous lifestyle.

In 2009, Vincent met Grace, and they started living together. After a year, Grace gave birth to their son Kurt. With this big change in his life, Vincent attempted to live a healthier lifestyle, unable to reconcile being a father with his life as a drug user. Eventually, he realized that his current lifestyle was not the solution, and for the first time in his self-indulgent life, Vincent wanted to find peace. He wanted to change.

It was then, however, that his business took a downturn: he started losing clients. To make matters worse, Vincent’s father was soon diagnosed with lung cancer, and cursed his son for his bad luck.  Vincent tried to meet the needs of his growing family by starting a business, but even that failed. Left with nothing, he never felt more alone in his life. Without a way out, Vincent contemplated the only thing he could do: suicide. “I was ready; I had no other options,” he confesses, “I had no value or purpose left.”

At his lowest moment, devoid of any hope, everything blurred for Vincent. He was in his room, with muddled thoughts of ending his life, when he spotted the only lucid thing he could see: a book. Though covered with a thick layer of dust accumulated through years of storage, Vincent pulled out The Purpose Driven Life by Rick Warren, and suddenly started reading.  Filled by a deep, unfathomable need to do what was written in the book, Vincent decided then and there to stop doing drugs. “I told myself, drugs are history,” he says, “A bad page in my story.” 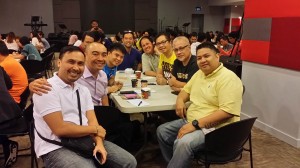 The Purpose-driven Life recommended Vincent find a small group. He went to a nearby church, inquired, but was rejected. However, the rejection couldn’t douse the fire in his heart. For the first time, Vincent prayed. It was a short four-word prayer, “What shall I do?” And for the first time, Vincent heard a voice so comforting and clear, a voice he absolutely knew he could trust.

“I knew it was Jesus,” he shares, “My heart was pounding but I felt peace for the first time. It was beyond explanation.” He knew Jesus was telling him to read the book again, from the beginning. When Vincent opened the book, he saw a handwritten note behind the cover. It was from his cousin, whom he had been avoiding for the longest time. Vincent didn’t waste any time. He called his cousin, and soon, the two of them were on their way to Victory Fort.

Seeds of God’s Word were sown in Vincent’s fertile and thirsty soul. He was prayed upon, and in no time, he underwent One 2 One. Without struggle nor doubt, he surrendered his life to Christ, the only one who has given him peace that transcends understanding. 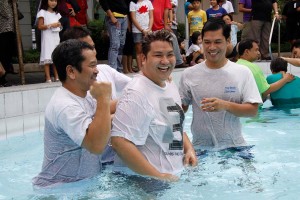 While doing One to One, Vincent was given the opportunity to clean landline phones in an insurance company, on a weekly basis. His wages were meager compared to what he used to receive, but there was contentment and gratitude in his heart. “I knew God is my provider, it was indescribable joy,” he declares, “I knew that God was moving in my life.”

After his Victory Weekend, Vincent made up his mind to return to his cellphone repair business, acknowledging that his skill to repair cellphones was given to him by God. Without any capital, he prayed to God and asked Him for his go signal to start his business again. God answered his prayer by sending people who would help raise the business capital he needed. Before long, Vincent was able to set-up his stall again. With the help of his spiritual family, he got back in business and decided to save up for his surgical bone operation. 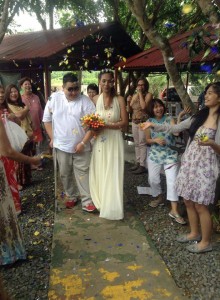 “The metal plates the doctors used when I got in an accident were actually the wrong plates,” he reveals, “My legs got infected.” Vincent was ready for his operation. He was just waiting for the surgeon’s schedule to be finalized.

While waiting for his operation date, something started nudging the peace he had. Vincent realized, he had been living with his longtime partner, Grace, since 2009. Wanting to set everything in his life right before God, Vincent decided to forego the much-needed operation for his legs, and decided to marry Grace. In a simple ceremony prepared by his Victory group, on the 18th of July 2015, Vincent and Grace tied the knot before God.

Seeing Vincent’s desire to please Him, God gave him a surprise. A client who brought her iPad to be repaired found out about Vincent’s need for a surgery. As he was doing the repairs, Vincent talked about Jesus. When the repair was completed, he mentioned that he was going away for a while because of his operation. His client then suggested that Vincent take a second opinion at their hospital, the Philippine Air Force Hospital. He was also offered to have his operation in the said hospital, with a better solution, at the same expense and a faster recovery period. He was endorsed by his client’s husband, a senior officer in the Philippine Air Force. 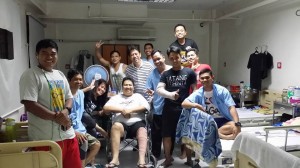 When Vincent chose to honor God by marrying Grace, Vincent’s operation became God’s concern. Truly, God works for the good of those who love Him and are called according to His purposes. As Vincent chooses to seek God’s kingdom and His righteousness first, everything is added unto him.

Today, he shares God’s love to every customer he encounters in his stall at the Greenhills Shopping Center. He serves clients from all over the country and has continuously received excellent feedback. “For every repair or inquiry brought before me, I work at it with all my heart because I  know that it is the Lord whom I’m serving.”

Today, Vincent is part of a coaching group and also leads his own Victory group.  He has preached the gospel and the goodness of God to his sister, Mercy, and to his sister-in-law, Michelle. Both Mercy and Michelle attended Victory Weekend together and belong to the same Victory group.