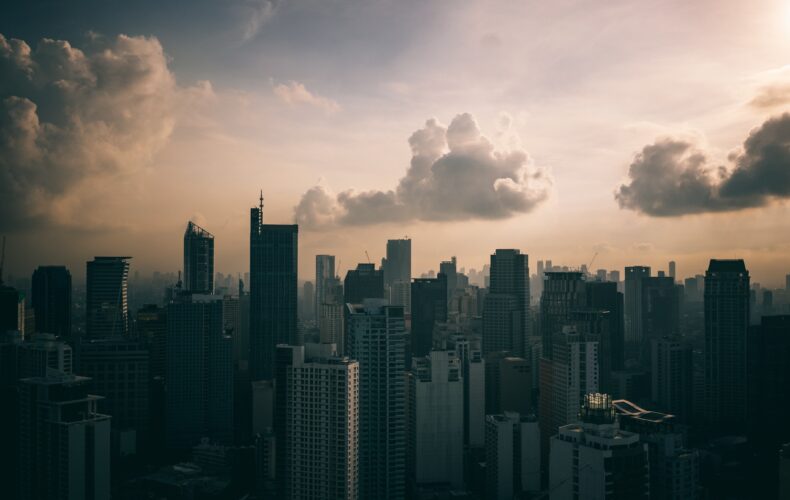 Prophets, Priests, and Politics: A Theological Reflection on God’s Redemptive Power and the Church’s Calling

As pastors and shepherds of God’s flock, we believe we are accountable to God for what we spiritually feed the church. We understand that as James 3:1 says, Not many of you should become teachers, my fellow believers, because you know that we who teach will be judged more strictly. As such, we carry the role of spiritual fathers in the fear of the Lord (1 Corinthians 4:15), and we take this responsibility to equip every member and leader in our church seriously.

In the last few weeks, we have received many reactions and responses to the online prayer meetings and social media posts of Victory Ortigas. On September 4, we released a message and apologized to our Victory family about the lack of sensitivity and discretion of these posts. One of the responses, in particular, was an opinion piece published on Rappler offering a stinging critique on this issue. It was entitled “Praying with Harry Roque,” written by Jayeel Cornelio and Rico Villanueva. The authors argued that by praying with Roque, President Duterte’s spokesperson, Victory, “whether they admit it or not, took sides . . . [T]he wrong side.” Though our church was not mentioned by name, we know this is an allusion to us.

After reading this well-crafted and impassioned critique, we felt compelled to respond for two reasons. First, Cornelio and Villanueva are prominent scholars and public intellectuals who have made a strong claim that is worth engaging in the public sphere. Second, while we humbly receive portions of their critique, we were troubled by several problematic theological assumptions that undergirded their argument. Since it put our theology in question, as shepherds of God’s flock, our Bishops Council finds it necessary for us to respond.

Before I engage Cornelio and Villanueva’s arguments, I would like to offer a bit of historical context to this discussion. First, as mentioned in Victory’s official comments, the online prayer meeting with Secretary Roque was the second installment of a two-week series of prayer meetings that included prayer with and for members of both the administration and the opposition. Cornelio and Villanueva failed to mention this important detail either because they didn’t know or because this bit of context dampened the force of their argument about taking sides.

Second, Victory has a longstanding practice of not endorsing (or condemning) political candidates during election cycles. This decades-long practice has earned us much criticism over the years for refusing to take sides in partisan politics. In many ways, Cornelio and Villanueva’s critique of Victory’s disciplined silence from the pulpit on political matters has been leveled many times against us over the years. Put simply, they say that by not “speaking truth to power” (at least on Twitter) and by associating with the “oppressor” (whether in a prayer meeting or public event), we have taken a side—the wrong one.

Finally, though Victory does not issue official statements on national, political, and social issues, we have in the last few decades been an active member of the Philippine Council of Evangelical Churches, the largest representation of the body of Christ, which does issue statements on these matters. Not only are we in consonance with PCEC’s theological perspectives with regard to national issues, our bishops have at times been consulted in the development of these statements.

God is for the Weak (and the Strong?)

Now I will address the foundational premise of Cornelio and Villanueva’s argument: that God “takes the side of the weak and the vulnerable.”

As they state, the Bible is filled with evidence that the God of Israel is a God of the poor and the oppressed, the alien and the widow. Where I depart from Cornelio and Villanueva is their seemingly logical yet problematic assertion that “God never takes the side of those who oppress the poor.”

As support for their bold assertion, Cornelio and Villanueva offer an example from the prophet Jeremiah where God tells him not to pray for those who abuse the poor because He will not listen (Jeremiah 7:16). This is indeed compelling evidence to support this claim, but this evidence alone does not prove that God never takes the side of the powerful.

Take, for example, the Assyrians—a textbook case of an oppressive empire. Though the people of Israel were oppressed by the Assyrians, God sent the prophet Jonah to preach to the Assyrians. Jonah assumed that his job as a prophet was to “speak truth to power” and to cry out for judgment, but much to his disappointment, the Assyrians repented and God showed them mercy. And Jonah was put in the awkward position of shifting from prophet to priest—from praying against the Assyrians to praying for them and perhaps even with them.

Consider Cornelius, a Roman centurion and a symbol of the oppressive Roman military occupation of Jewish Palestine. Though we might assume that God was on the side of the oppressed Jewish people, in Acts 10, God disrupts Peter’s tribalism and his understandable cultural enmity towards the Romans and sends him to preach the gospel to his oppressor. Peter reluctantly obeyed and was surprised by the Holy Spirit when Cornelius and his entire family received the gospel and baptism without becoming Jewish (or switching sides). What is particularly striking about this story is that we hear nothing about Peter correcting Cornelius’ problematic political affiliations and positions before welcoming him into the community of disciples in Caesarea. Interestingly, the real controversy came when Peter returned to his own tribe who faulted him for transgressing sacred ethnocultural and political barriers. In other words, the Jews in Jerusalem got mad at Peter because he was caught eating and praying with “the wrong side.”

These are just two of many biblical examples of God unexpectedly wandering over to “the wrong side” in order to redeem the powerful, the oppressive, and the undeserving of mercy. By offering these examples, I am not arguing against the basic premise that God takes the side of the oppressed, nor am I arguing that God approves of oppression and injustice. Rather I am arguing against the idea that God never takes the side of—or associates with—the oppressor. While God’s general preference for the oppressed shows His justice, God’s unexpected, redemptive pursuit of the oppressor shows His grace. God is merciful and gracious to everyone, both the oppressed and the oppressor, and we as a church are called to preach the gospel to those on all sides of any argument or affiliation.

Prayer is Political (and Spiritual)

In addition to their basic premise that God is on the side of the oppressed, Cornelio and Villanueva argue that “prayer is not just spiritual, [it’s] political.”

Once again, I agree completely. I’ll go one step further. The act of surrendering to Jesus as Lord is an inherently political act, one that relativizes all other allegiances—whether they be familial, ethnocultural, or political. Every time we pray, we are acknowledging that there is One whose power and authority is greater than Caesar’s. We are acknowledging that He rules and reigns and will judge every earthly kingdom and ruler for all the injustices perpetrated by their corrupt regimes.

In light of this reality, why would we not pray with and for (and at times even against) political leaders? Why are we afraid of the proximity? Could it not be that prayer with unjust rulers is a powerful means of speaking words of truth and even rebuke? Why can’t the priestly work of prayer and the prophetic work of rebuke go hand in hand?

In their attempt to decouple these essential activities, Cornelio and Villanueva oddly invoke John the Baptist as a model, saying, “John the Baptist rebuked King Herod for his evil act. He would never pray with anyone who supported Herod.” Actually, John the Baptist did pray with people who supported and worked for Herod. In Luke 3, John probably prayed with both soldiers and tax collectors as he baptized them—the most prominent (and hated) representations of military and economic oppression in first-century Palestine. John saw no conflict between his priestly and prophetic roles, for not only did he baptize soldiers and tax collectors, but he also rebuked them for their abuses of power and charged them to act justly in their work (Luke 3:12–14).

One of my greatest concerns with Cornelio and Villanueva’s argument is their understanding of the church’s mission, which they summarize as follows: “The calling of the church is to be prophetic—to speak truth to power.” The church is called to be prophetic, but that’s not her only, or even primary, calling. We are called to be a “kingdom of priests” (Exodus 19:6; 1 Peter 2:9) who are entrusted with the “ministry of reconciliation” (2 Corinthians 5:18). And it is the ministry of reconciliation that calls us to side with God in seeking the redemption of both the oppressed and the oppressor.

Cornelio and Villanueva end their article with “an invitation to people of faith who find the gospel preached in their churches inadequate.”

This is an old critique of evangelicalism for lacking prophetic edge and political engagement. It is a critique of those who, by not taking sides, supposedly end up on “the wrong side.” Cornelio and Villanueva call it elsewhere “myopic evangelicalism.”

I can’t help but wonder: what is actually myopic (or short-sighted) evangelicalism? To choose to pray with and rebuke leaders in authority or to have no time for prayer because we are concerned about the optics of political affiliation and are too busy Tweeting truth to power?

While I cannot say how every church and every Christian should engage politics and culture, I can say with complete confidence that the Church is called to be both prophetic and priestly because the gospel is big enough for both victims and victimizers.

This is only possible because of the cross where God in Jesus suffered as a victim and bore the punishment meant for the victimizer. As Jürgen Moltmann puts it, Christ “first died for the victims then also for the executioners, and in so doing revealed a new righteousness which breaks through vicious circles of hate and vengeance and which from the lost victims and executioners creates a new mankind with a new humanity.”

As a church, we know that our theology informs our practice. This means that what we believe reflects in what we do. Our calling as a church is to honor God and make disciples. And we know that the grace He lavished upon us is not meant to be kept to ourselves, but to be shared to the world that desperately needs it—now more than ever. Even during this pandemic, our mission continues to declare and demonstrate the gospel. This year we have done it through #GoodNews2020, with initiatives from our churches across the Philippines to serve frontline workers, Overseas Filipino Workers and locally stranded individuals, stranded students, and affected communities in over forty provinces.

We take the responsibility of looking after your spiritual well-being seriously and will continue to help you grow in your faith, in spite of the lockdown. This year, the Bishops Council has had a strong directive for our church to develop a deeper understanding of key doctrines and a greater love for God’s word, and that’s why we embarked on a twenty-two-week series on the book of Romans.

With you, we are committed to continue extending God’s kingdom on earth by discipling the nation and preaching God’s word to everyone. I hope this message helps us as a church understand how God works, how much He loves the world, and what we are called to do. May God fill you with wisdom and boldness from the Holy Spirit as you bear witness to the kingdom of God as prophets and priests in these turbulent times. God bless you, and may you continue to honor God and make disciples.