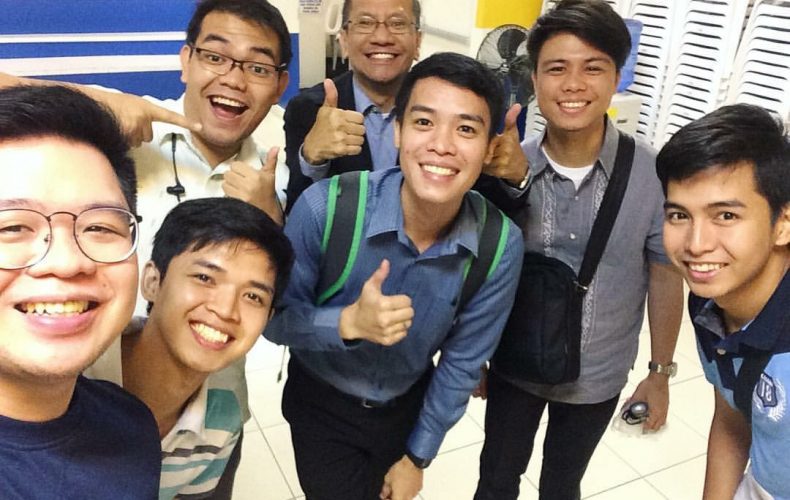 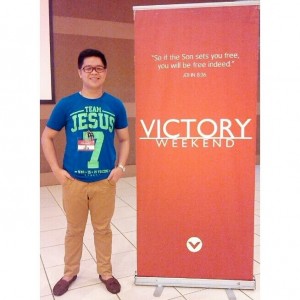 “I thought I knew God,” JR confesses, “After all, I prayed regularly and went to church.”

That was the mindset that the young professional had when his best friend invited him to one of Victory’s Sunday services. He knew he wasn’t a bad person. He was a sinner, compared to other people committing heinous crimes and making immoral decisions. Thinking that he was on relatively good terms with God, he made up excuses and declined his friend’s invitations numerous times.

Not one to be deterred, JR’s best friend continued to invite him, saying that he should just give it a chance because he had nothing to lose, anyway. “I finally said yes just to shut him up,” JR recalls. “It was only for two hours, so I relented.”

Once the two friends got in the worship hall, JR immediately felt a different kind of atmosphere. He remembers the day vividly. “It was weird, but in a good way. Everyone was singing, people were dancing, and they were raising their hands,” he added. “Deep inside, I was in awe!”

When the preaching started, JR couldn’t help but feel that the pastor was talking to him specifically. He left the church convinced that he would return; he knew that God spoke to him that day through the message, and it was unlike any other feeling he had before. It was something beyond mere attendance and muttering prayers; it was an encounter with God. 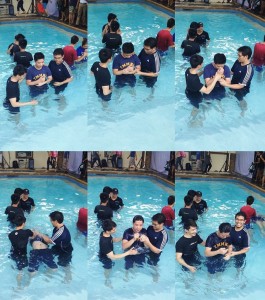 Two years later, JR continued to attend worship services. One Sunday afternoon in 2013, he finally gathered up the courage to publicly surrender his life to Christ. “Before, I was so hesitant and shy to even respond to the altar call,” he reveals, “I guess there was still a bit of pride in me, so I would just respond to God quietly on my own.”

JR knew that his courage to step up and publicly acknowledge Jesus as his Savior came from God Himself. Emboldened, he knew he made the right choice. He immediately took steps to be connected to a Victory group, and that’s when he met Marlon Valientes, the guy who would become his Victory group leader. He was also introduced to Martin Remos, who would eventually lead him through ONE 2 ONE. On the first of June in 2014, JR publicly declared his faith in God during Victory Weekend.

“It felt so good to finally shout it out to the world!” he exclaims, “I was so glad God didn’t give up on me despite my many hesitations and insecurities.”

The change in JR may not be so evident on the outside; he didn’t have vices to get rid of nor did he have a perverse lifestyle, but inside, the transformation was drastic. God renewed his mind. He realized he was not better than other sinners, and there was no such thing as mild sinning. JR was so on fire with God’s love, he couldn’t help but tell other people what He did in his life. He joined this year’s prayer and fasting with these prayer requests in mind: to grow deeper in his relationship with God, to be involved in ministry, and to finally lead someone through ONE 2 ONE. 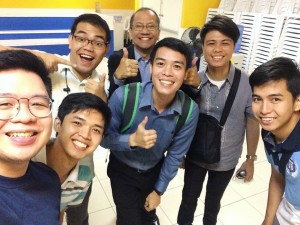 After a week, JR was invited by one of his friends to be part of the Tech and Stage ministry and he happily committed to serve. He has also started leading someone through ONE 2 ONE, and is in faith that God will empower him to disciple more people in the future.

“Discipleship is important because Jesus commanded us to make disciples,” he shares, “I want to preach the gospel to those who don’t know God because I know how it feels to be lost and just know him, instead of really knowing him.”

With the knowledge and understanding that everyone needs God, JR is believing for his whole family to be saved, too. “God is great,” he proclaims, “He is true to His promises, and that’s something we can always rely on.”