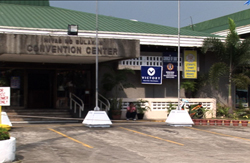 We are glad to share this news about our latest provincial church plant. Victory Malolos will open its doors to residents of Bulacan on September 14. This is an addition to our four existing Victory churches in Central Luzon.

This church plant began in October of 2006 at a coffee shop in the busiest section of Malolos City. Five couples from Victory Caloocan and a couple from Victory Fort Bonifacio who were residents of Bulacan faithfully met every week and prayed for the opportunity for a church to be planted in the city.

Students and professors from Bulacan State University began attending, and this paved the way for more people to be reached. With members inviting friends and relatives, new small groups were formed and more people became part of the congregation. After five months of consistent growth, the twice-a-month meeting soon developed into a weekly Saturday convergence at the Hiyas Convention Center.

Currently, an average of 180 people attend their Saturday gatherings, and twenty small groups meet weekly in the area. Because of this breakthrough, Victory Malolos will hold a regular 9 AM service every Sunday at the Hiyas Convention Center beginning September 14. Kids Church will also be available at the same time and venue. This church plant takes us a step closer to reaching other cities and municipalities of Bulacan as we continue to heed the call to honor God and make disciples.

We invite you, your friends, and your family to visit Victory Malolos and help spread the news about this new church in Bulacan. For more information, check out their website at www.victorymalolos.org.