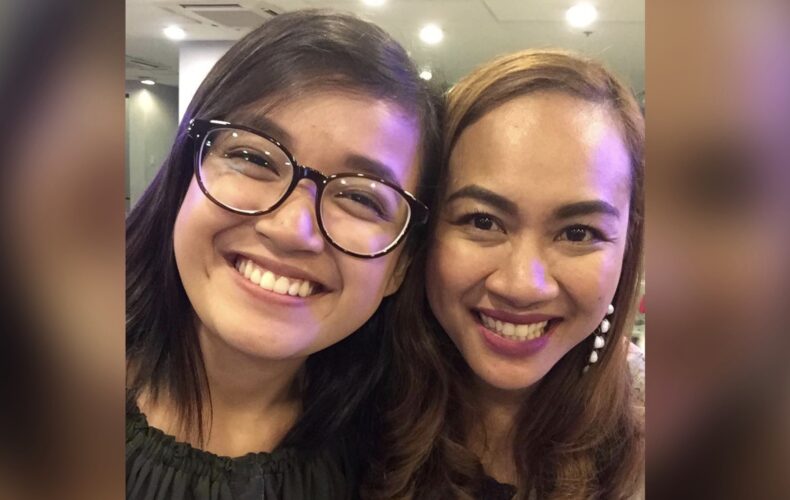 Beyond the Series: Multigenerational Relationships

“God’s plans and purposes are so vast that it will require multiple generations working together to accomplish them.” In this article, two women from different generations talk about the importance of building multigenerational relationships.

How important is building relationships with the next generation?

Pastor Mye: The mission of God is so great and His kingdom so vast that we need to realize that His heart is not just after one generation. That is why it is crucial to involve the next generation in everything that we do, which is how God wants it done. We see this truth in the Old Testament; we still see it now. God’s plans and purposes are so vast that it will require multiple generations working together to accomplish them. So we should build relationships not just with the generation after us, but also with the generation before us.

Hannah: I think that my generation needs two things from the older generation. The first one is relationship. I’m really thankful that Ate Mye did not treat me like I was inferior or that I have no choice but to listen to her simply because she’s older. Ever since I met her, she has been a loving sister to me, someone who listens and genuinely cares. I felt that she had no other agenda than to know me and build a relationship with me. I know that with her, I am safe and I will be heard. Second, we need their support. Instead of looking down on us and listing the different ways their generation is better than ours, it would mean a lot if the older generation would recognize that each generation is different. I also remind myself of this, especially now that I’m reaching out to those younger than me. I can see the difference between my generation and theirs. I want to be there for them in the same way that Ate Mye was with me, building a close relationship with me and supporting me.

What do you think causes the gap between the younger and older generation?

Pastor Mye: I believe there’s a misunderstanding that springs from the thought that one generation is better than the other. One generation is saying, “Listen to us because we know better.” And the other one is saying, “Listen to us because we also have something to say.” The unwillingness to recognize and accept that one generation will really be different from the other is causing this generation gap. Although God will cause the older generation to pass on something to the younger ones, He may also do something that’s totally different from what He has done in the past. To break this generation gap, we have to be willing to receive from people who are older and younger than us.

What has been the older generation’s greatest impact on your life?

Hannah: What I admire the most from the older generation is their perseverance and how they have continued in their walk with God despite all the challenges and difficulties they experienced. Sometimes I find it difficult to stand my ground and hold on to my faith because there are so many voices around me. In this day and age, technology gives different avenues for people to express their opinions, and it seems that people have a more liberal worldview. It can be difficult to be relevant when people view our convictions as something conservative or outdated. But looking at the generation ahead of me inspires me to keep the faith and stay in my journey with God. I’m reminded of the fact that God, who sustains them, is also with me and will give me victory in my own battles.

What are the practical things you intentionally do to bridge the gap between your generation and the next one?

Pastor Mye: One thing I do is acknowledge that I will not be able to keep up with everything about the next generation because they don’t seem to run out of energy. However, I know that I can still serve them. What I know I can give them, I can give wholeheartedly. I realize that they really need an “ate” that will be there to listen to them, so we would hang out or play board games. I made it a goal to know what they’re into, like the K-dramas they watch. We have to let them know that we are genuinely interested in getting to know them. We have to Intentionally spend time with them and prepare ourselves physically, emotionally, financially in order to understand their world. We have to express genuine love and compassion in a way that their generation would recognize.

How have you been intentionally passing on what you have learned from the older generation to the generation after yours?

Hannah: It started with the understanding and acceptance that they are different. There were a couple of times I felt like I couldn’t connect with them and I would shy away from them. But God reminded me that He is running after them. He wants them to know Him and experience His love. If I stay silent, who will reach out to them? God wants me to be part of what He is doing in the next generation. Just like what Ate Mye did for me, I try to be there for them. So even if the generations after my generation keep on changing, God’s heart for them will never change. He loves them and He would want us to reach out.

How do you present God’s truth, which is unchanging, in a landscape that is ever changing?

Pastor Mye: I think that every generation has an expression of brokenness. Understanding that degree and expression of brokenness will help us know how we can be relevant, how we can minister. It will also dispel any idea that one generation is better than the other. Each generation may express brokenness differently, but we all come from the same broken state. Understanding this will strengthen the compassion and desire to build genuine relationships with the younger generation. The same grace carries all of us through and enables us to share God’s constant, unchanging love.

Mye Nunag serves as a pastor in Victory U-Belt. She was 17 years old when she gave her life to Jesus. Hannah was 15 years old when she met Pastor Mye, who helped her follow Jesus and make disciples. She is a sophomore at the University of Santo Tomas and actively serves the church as a Victory group leader and volunteer. Together, they are fulfilling God’s plans and purposes in their generations.

Beyond the Series is a set of interviews on topics related to our sermon series.