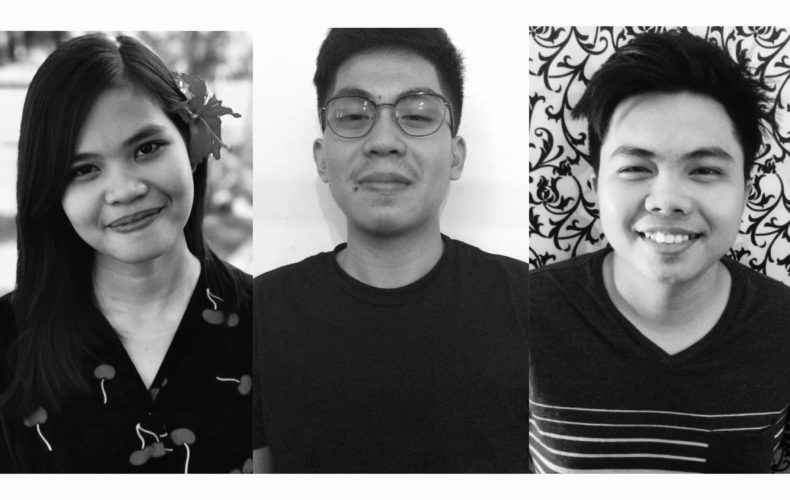 Angelica, Genbert, and Milbert are siblings who lead their respective Victory groups in Naga. They, along with their groups, believe that now, more than ever, we should boldly make disciples and help each other grow in our relationship with God.

Angelica Dacudao, 17
Angelica is an incoming Grade 12 student. When the enhanced community quarantine was implemented in their city, she didn’t expect that it would last for a while. But when it did, she knew that it would be a challenge to meet her Victory group since it’s hard to get a stable internet connection in their area.

To continue meeting with her group and her classmates who were going through ONE 2 ONE, she started chatting with them through a messaging app. They couldn’t do a video call due to network problems, so she took photos of the ONE 2 ONE booklet and did the discussion via chat instead.

According to her, a lot of students, especially now, are longing for a relationship with God. Many are anxious and in need of compassion, understanding, and love. In this time where a lot of things are uncertain, there is a greater need for us to do our part so more people can come to know Christ.

She believes that with or without the quarantine, our call remains the same: to honor God and make disciples. We have to continually point people to God, encourage each other, and pray for one another.

Genbert Dacudao, 20
Genbert is a second-year BS Information Technology student. He considers it a blessing when his uncle invited him to church again and connected him to a Victory group in 2017.

In 2018, Genbert started leading his own Victory group. Since then, he has been passionate about helping young men like him grow in their faith and walk with God.

In order to continue connecting with his group during the enhanced community quarantine, he met with them weekly every Monday night. They would usually wait for the internet connection to be stable at night so they could chat without interruption and sometimes do a video chat.

For Genbert, in spite of the quarantine, there is no excuse for reaching out to others. God has given us ways to connect through technology; we should maximize these and press on as we make disciples even in this challenging season.

Genbert also shares that it is important for us to hear God’s word, especially now that a lot of people are losing hope. He believes that by reading His word, we find new hope and strength in God’s promises.

Milbert Dacudao, 21
Milbert is a web developer. It was his prayer before to see his siblings in church. When it finally happened, he felt so blessed that God gave all of them a chance to know Him and serve Him through music.

Like Genbert, it was their uncle, a pastor in Victory Naga, who invited Milbert to church. After graduating from college, he was supposed to work in Manila, but a job opportunity opened up for him in their city. He was so thankful that God made a way for him to stay in Naga so he can still serve in their church and lead people to Him in their area.

Though his current job demands a lot of time in the office, Milbert makes it a point to still meet his Victory group weekly. They usually meet online every Wednesday morning and help each other grow in faith.

According to him, knowing that someone prayed for him and led him to God is a big thing. And that has always inspired him to do the same. If someone was patient enough to walk with him, he should also do the same with the men he’s leading. To be God’s instrument in sharing His word is a blessing in itself.

Now that a lot of people are confused with everything that’s happening, he believes that we could all the more be a voice that will encourage and point others to God. What people need now is someone who will lead them to Him—His comfort, peace, and love.

Aside from leading their own Victory groups, Angelica, Genbert, and Milbert are also serving in Victory Naga’s music ministry.