It Doesn’t End with Me - Victory - Honor God. Make Disciples. 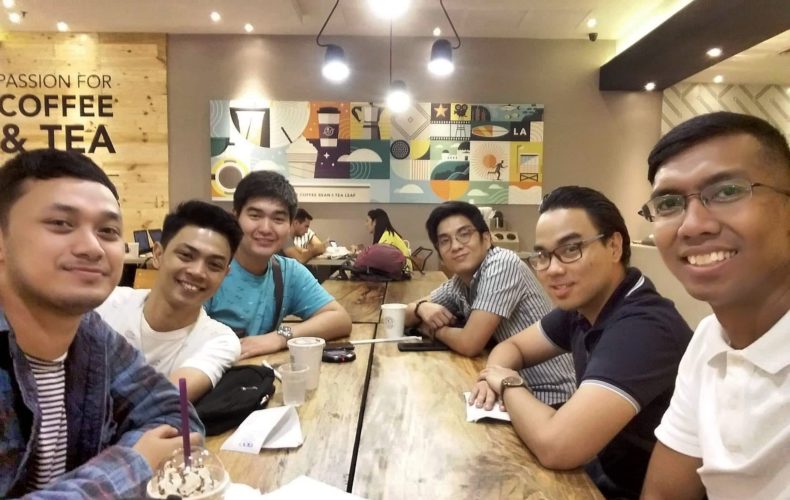 It Doesn’t End with Me

Ian shares how seeing the gospel lived out by his Victory group leader inspired and encouraged him to preach the good news to others. Read his story here.

I was 18 when I first heard the gospel. My college professor, who happens to be a Christian, reached out to me and the other young men in our class. He offered to treat us to a meal—all 12 of us—and slowly planted seeds in our hearts.

At first, we were scared of him and even found him strict in class. But as we got to know him better, we realized that it was because he wanted to guide and lead us to a path pleasing to God.

He started ministering to us through a tool called THEGODTEST. At first, I thought I knew everything and even responded to it with pride. But God slowly broke all the wrong mindsets and used my professor—who is now my Victory Group leader—to set my heart straight.

On July 31, 2013, I decided to become serious with my discipleship journey. I humbled myself and finally surrendered everything to Him. I prayed and received Christ in my life.

Slowly, I began to change in how I lived my life and treated other people. As I became more interested in knowing God, I also grew in compassion and generosity to others. In 2016, I went through Victory Weekend to know more about Christ, and it helped me realize that I would have to deny myself over and over again so He could work in my life.

The love of Christ that was demonstrated to me by my college professor and the whole church community in Victory Metro East eventually inspired me to reach out to others. And though I was nervous and feeling unworthy at first, God gave me the boldness and courage not just to show His love but to declare His promises, too.

Early this year, I started doing ONE 2 ONE with two other men I met in church. One of them is attending Victory Weekend next month, and I couldn’t be any happier. It is a blessing and a privilege to preach the gospel to them and to continually pray for them as well.

Through sharing the gospel, I started to grow as a person and mature in my faith. And it is all by His grace. Like what my Victory group leader always tells me, everything that I have or I’m able to do comes from God. That’s why there’s no reason for me to stop. The gospel simply doesn’t end with me. I have to do something so other people will hear it, too.

For I am not ashamed of the gospel, for it is the power of God for salvation to everyone who believes . . .  Romans 1:16

It is by showing the love of Christ and boldly declaring His Word that we inspire others to do the same. Let us not allow the preaching of the gospel to end with us. We must do our part, and let more people come to know Christ.