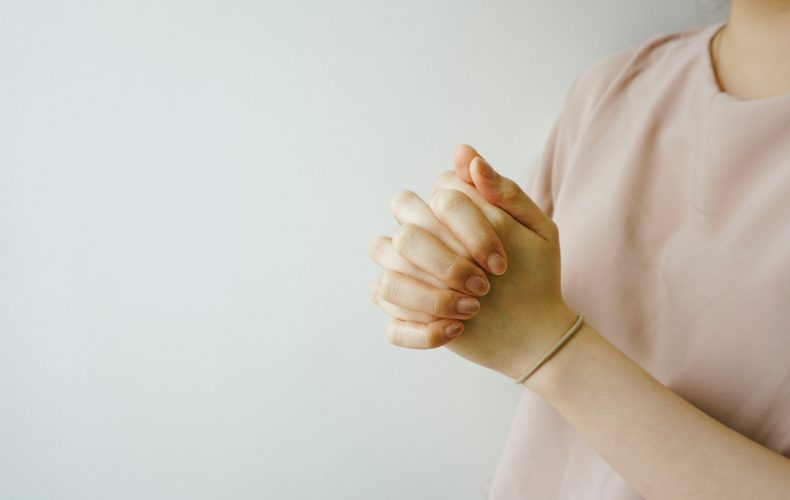 His Works and Wonders

As the Lord unceasingly performs miracles in the nations, He is also at work in the smallest details of our lives. *Beatriz, one of our cross-cultural missionaries in Central Asia, has been on the mission field for years. She believes that God will do wonders in that part of the world. Little did she know that God would start by working in and through her. Here is her narration of the recent wonder that God did in her life.

I am quite healthy, and rarely get sick. I have never undergone surgery or experienced what it is like to be confined in a hospital. Whenever I return to the Philippines, I undergo general medical examinations every year.

It came as a shock to me when I experienced irregularities in my monthly cycle for the first time while I was staying in Central Asia last November 2015. It became normal again when I came back to the Philippines. At first, I did not see the irregularity as a serious concern; I thought it occurred merely because of stress.

When I returned to Central Asia in March 2016, I bled continuously for the next two months. At that point, I decided to consult with two doctors, who were also my friends. They prescribed a pill that stopped the bleeding and helped regularize my cycle until October 2016. After which, the bleeding did not stop until the end of the year.

My friends suggested that I return home for an emergency physical exam. When my doctor sat down with me to discuss the results in February 2017, I was shocked to learn that I had an ovarian cyst. As the doctor described the cyst and what I would need to do, so many questions flooded my mind. “How can this happen to me?” “What will happen to me if this develops into something worse?” These thoughts were recurring and becoming more terrifying.

As I left the doctor’s clinic, I went to a coffee shop to cry and talk to God about the diagnosis. I needed Him more than ever, and I knew that He is the only One who could help me. After a few hours of resting in His presence, peace filled my heart. God comforted me with His words from the Bible. I chose to focus on who He is and what He can do, rather than magnify my health condition.

After seeking the Lord, it became clear to me that practical medication and spiritual declaration are needed to overcome this challenge. I asked my friend, who is a nutritionist, to help me with my diet. As I returned to Central Asia, I had to be mindful of what I ate and had to take the prescribed medication. At the same time, I declared healing over my ovaries and claimed God’s promises of healing every day. I also asked my family and prayer partners to stand with me in this battle.

As I continued to believe God for healing, He reminded me of the word He gave me at the beginning of the year—wonders. He promised that he would show me many wonders in life through scriptures in the Bible like the verse in Job chapter 5.

After I found out about the complications in my health, I held onto the promise of wonders from God and asked Him to make me brave and see me through until the cyst disappeared, which was what I was asking Him for. I believe that God is a miracle-worker, and He is able and willing to heal me. There were times when doubt would creep in my heart and I would feel discouraged. But I would always counter these kinds of thoughts with the truth in God’s Word, and choose to be brave. I resolved in my heart that God already healed me as He had promised.

When I visited the doctor again after a few weeks, she showed me through ultrasound that there are no cysts in both my right and left ovaries! She meticulously checked twice and confirmed that there is no cyst at all. I could not help but shout praises to God inside the room! I was so happy that I pranced all the way home. God proved to me once again that He is faithful! My heart was filled with joy and gratitude! The victory is truly ours. We just have to claim and declare it no matter what the situation is. I met with my friends and celebrated the miracle with them.

This experience made me realize three things about God. First, He is true to His word. Second, the victory is ours to declare, we can claim it through Him. Lastly, He is a miracle-worker. As long as you are breathing, believe that God already healed you.

We believe that this is just the beginning of the wonders that God will do in the life of Beatriz and every place she will go to. As she ministers and resides in Central Asia, we stand in faith that God’s signs and wonders will accompany her.

How about you? When was the last time you experienced God’s miracle in your life? If you have not experienced one yet or if it has been long a time since God showed you one, remember that His power is always available and at work in your life.