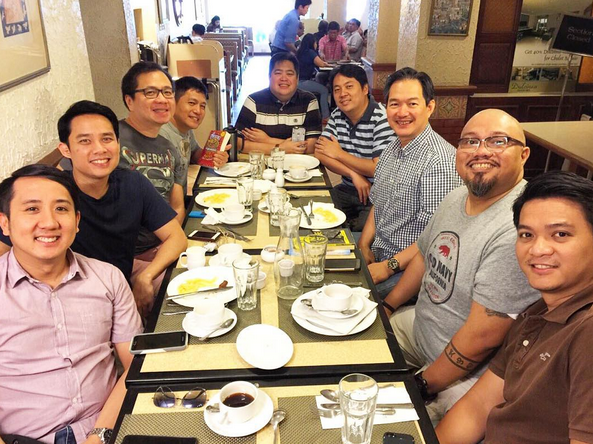 Randell Tiongson is a busy man. Before he sat down with me for an interview, he just came from Central Luzon for a speaking engagement. With his 25 years of experience in the Financial Service industry, he has become one of the most sought after speakers and one of the most respected personal finance coaches in the country. He regularly makes trips abroad to educate OFWs about finance, too. As if that’s not enough, he is also a columnist for the Philippine Daily Inquirer, a trainer, an author, and best of all, a family man and a father of four. Busy man, indeed.

What many people outside church may not know is that he’s also a Victory Group leader and a disciple maker. And despite his hectic schedule, these roles are non-negotiable for him. Asked about his own discipleship story, he attributes his initial exposure to church to his high school friend, wealth and life coach Chinkee Tan. His first experience of a worship service didn’t automatically change him, though. It took time, and the mentorship of another good friend, writer and entrepreneur Francis Kong, before he finally understood the gospel.

It was 2008 when Randell started attending the then-newly planted Victory Greenhills. That’s where he met Pastors Larry Uy and Dennis Sy, two men who were instrumental to his growth in his faith. He was invited to join a Victory Group and from there, he was discipled and empowered to lead.

“I had so many people discipling me. God gave me different people for the different seasons of my life,” he said.

He was drawn to the KIDS ministry and for two years, he played an active role there. After some time, he felt that he was ready to lead his own Victory Group, as well.

“Leadership is not intuitive. It’s something you have to learn,” he shares. 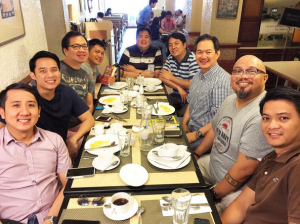 Thanks to his leaders who discipled him with the intention of making him lead one day, Randell didn’t find it daunting to mentor new Christians and even those who have been in the faith longer than him. At age 49, it’s interesting to note that his own Victory Group is composed of men in their mid-twenties and late-thirties. He empowers these disciples, so every time he’s out of the country, someone can take over and lead their group. “Our Victory Group meetings don’t stop just because I’m in another country,” he says, “I’m always training somebody.”

The role is not without challenges, though. He recognizes the tremendous responsibility that comes with being a leader and he has had his fair share of lessons learned the hard way. Randell shares a time that he became overeager as a leader, which made him lose touch of the heart of discipleship, which is relationship. One of his disciples was undergoing a lot of pressure and stress, and Randell  responded with rules, instead of love and understanding. As a result, his disciple distanced himself from him and their Victory Group.

“I did everything by the book, but it’s my execution that failed. We should always work for restoration because God’s love is restorative and redemptive,” he explains.

He realized that the role of a leader is not only to take a stand and draw the line, but also to do this in a manner that is nurturing, not alienating.

The rewards outweigh the challenges, though. He says it’s when he sees his disciples maturing in their faith and producing their own fruits–that’s when he feels most rewarded. “God is the reward. Friendship is the reward,” he shares.

Aside from church discipleship, Randell also lives out the “making disciples” call of Victory in his work. He has always been missional, and has always used his platform to minister to people, in and out of church, and even in other churches. “It’s good to teach people about money because you’re ministering to a felt need,” he explains. He makes sure that he builds a certain level of discipleship culture through his work engagements. There were times people got ministered and led to God through one of his blog posts, his book, a television appearance or a seminar he conducted. “Everything I teach is hinged on my value system, and because I’m a Christian, I have Christian values,” he shares.

When asked about his advice to people who feel that God is calling them to leadership, he answers like the true finance coach that he is. “Don’t rush things,” he says. In a world that glorifies loudness and big starts, he advocates doing things with baby steps. “Start with one. And then it will become two, and then three,” he explains. He cautions against the temptation to shoulder the responsibility of “getting” people to believe, and stresses that it is the Holy Spirit’s job.

Randell also emphasizes the importance of being part of a local church community. The times he felt down and ready to give up as a leader were the times that his community of friends in church showed their support the most. “Discipleship is relationship” couldn’t be more real in his life.

Despite his successes and his busy schedule, Randell values making disciples the most because he recognizes that it’s the Lord’s command. It is also cultural for him, referring to Victory’s environment of disciple-making. Lastly, it’s an overflow of his love for God. “My life drastically changed because someone discipled me,” he declares, “why would I deprive other people of that opportunity?”