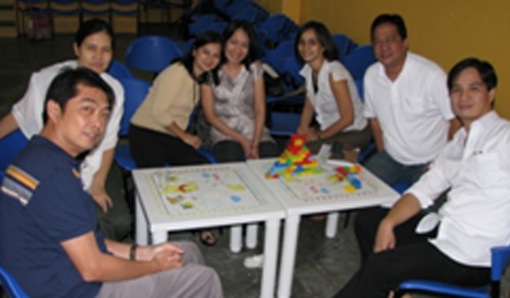 Beyond the Expected: Victory Molino

Our Cavite churches are growing in numbers! After Victory Trece Martires, join us on Sunday, September 25, as we welcome another Victory church in the province of Cavite: Victory Molino!

Small beginnings
Efforts for Victory Molino began in 2007, when a church planting team from Victory Bacoor was sent to engage with the locals in this mostly residential area. Since then, thirty-four Victory groups now meet in different houses in this municipality, all inviting their family members and friends to take part in having a relationship with Jesus.

Their services are currently being held in the Masaito Building, right in the heart of the city. Just nearby are two campuses: Perpetual College and the State Fields High School.

Going beyond the expected
While their members were raising funds for Victory Molino’s center, their story of generosity was encouraging. “People gave more than enough,” Pastor Noel Bibat recounts. As a result, they were able to exceed their financial goal. “God used people to help give (to our facility). Truly, as we step out in faith, God’s provision comes!”

Pastor Noel also excitedly shared how their church plant grew to 200 members in two months, with their facility holding two services every Sunday at the Masaito Building along Molino Road.

Join us on Sunday, September 25, as we celebrate the official launch of Victory Molino! Invite your family and friends, too!