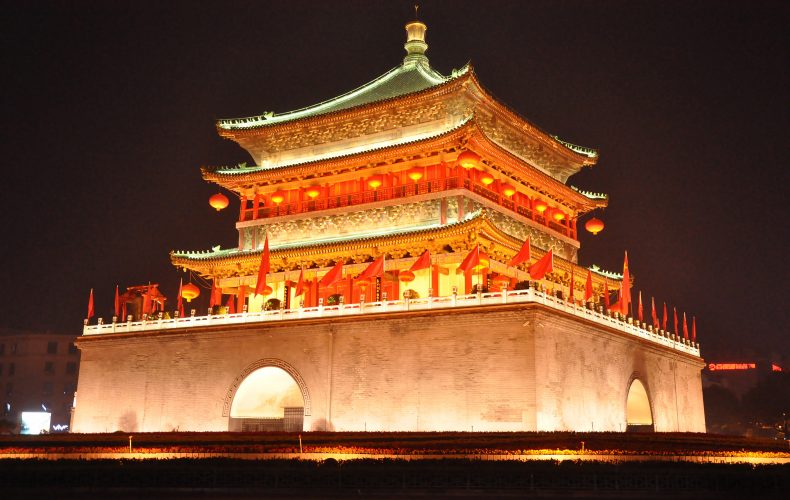 A Life Transformed by World Missions

When student Peter Chen* first set foot in a hotel lobby, he was 20 years old. Born and raised in mainland China, he lived most of his life in the countryside. His parents worked in stone quarries for very little income, seven days a week, without holidays or breaks.

“After thirteen years,” Peter says, “my parents realized that they weren’t getting any younger, and quit quarry work to try selling quail, but that didn’t work out either.”

Determined to provide for his family, Peter’s father learned how to fix a motorcycle, and started a motorcycle repair business. Peter helped out after school and during weekends by washing motorcycles and cars. “Making money was a serious mission for us,” he says, “Fortunately, I was able to go to middle school and high school.”

To send him to college, Peter’s parents had to sell goat milk on top of their garage business. Every day before dawn, his mother would milk the goats and sell the milk in the morning wet market, and then deliver it to customers’ houses later in the day. Even when it rained or when she was sick, her mother would still sell goat milk to earn money. “I learned what it meant to live a sacrificial life from my parents,” Peter reveals, “For them, hardship was worthwhile, just so they could send me to college.” And they did, at a great price.

Fast forward to May 1999. It was a week of firsts for Peter. The day before, he braved speaking in English to several foreigners he spotted in his university, despite his weak grasp of the language. He had learned that they were from the Philippines, a country that he had never heard of, until that day.

“I volunteered to tour them around in our city,” he shares, “Simply because I wanted to practice my English.” Peter was so excited to meet his new Filipino friends, he even invited two of his friends. The group agreed to meet at the hotel inside the university, somewhere Peter had never been before.

“I felt so embarrassed because the floor was even cleaner than my shoes,” he shares. “It was my very first time to be in a hotel lobby. It was also my first time to go on an elevator. I thought it was the coolest thing I had ever seen!”

Peter had no idea his new friends were cross-cultural missionaries from the Philippines. One of them was Pastor Jonathan Bocobo, the man who would become his first foreign friend. They ended up talking about faith and when he was asked who he believed in, Peter replied, “I believe in myself.” His new friends said, “We believe in Jesus. Jesus is God.” These were strange words for Peter. He had never heard of Jesus nor God before. This was another first for him.

After the missionaries went back to the Philippines, Peter became friends with Gio, a long-term Filipino missionary stationed in his city. His new friend, a pastor, watered the seed that had been planted in Peter’s heart. He preached the gospel to him, met with him regularly, and answered his questions.

“I didn’t understand many things he said since they were not in Chinese and my English at that time was very limited,” Peter reveals, “I had two reasons why I kept meeting Pastor Gio: to practice my English, and to get free McDonald’s meals.”

After several months of preaching the gospel to him, Pastor Gio almost gave up because the atheistic views implanted in Peter’s mind were so strong that the concept of believing in God seemed so far away. One day, however, something strange happened. Without explanation, half of Pastor Gio’s face got paralyzed, making it hard for him to talk. He still continued sharing God’s word to Peter by letting him watch a video of three Chinese overseas giving their salvation testimonies.

“Tears began to flow, and right there in the living room, in front of a TV with no witnesses, I surrendered my life to Jesus,” Peter gushes, “I still had a million questions in my mind about who God is, but my heart was strangely touched just knowing that there is a God.”

Pastor Gio soon recovered, and never had that sickness again. When Peter would look back on that day, he found it interesting that he came to believe in Jesus at a time that Pastor Gio couldn’t talk. It was a fitting reminder that nothing could hinder God’s love touching a person’s heart.

On December 1999, Peter was baptized in a bathtub at the same university hotel Peter had been in earlier. He also preached the gospel to his mother, and seeing the obvious change in Peter, she accepted Jesus as her Lord and Savior, too. It was a different story with his father, who disapproved of their faith. “He invited a group of relatives to our house and hurled curses at me and my mother. I cried so much, I felt I lost myself that day,” Peter shares. It was one of the hardest tests of his new faith, but Peter continued showing love to his father despite his persecution.

After graduating from college, Peter went to the Philippines to enroll in a one-year Ministry Leadership program at the Every Nation School of World Missions. He faced many challenges, in his finances and his limited understanding of English, but God directed Peter’s steps and provided for him throughout his schooling. He kept a record of each one of these blessings, large and small. By the end of the year, he had recorded a total of 92 instances, and 38 people who had helped him during his one-year stay in Manila. To this day, he keeps the journal to remind him of God’s faithfulness.

Peter has gone back to China, where he is now serving as a house pastor. He still faces many challenges in this restricted nation, but he knows in his heart that his life is devoted to sharing the love of God in China.

*Names have been changed to protect the persons’ identities.