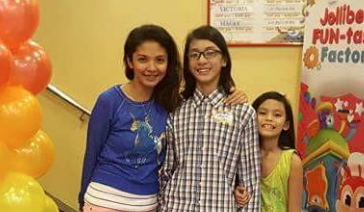 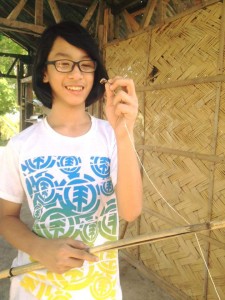 For many people, the first thing that grabs their their attention about thirteen-year-old Adreame Daniel Riley Austria Runtuwene—-or simply Dream—-is his hair. He sports hair longer than most of the other young men in the Victory group he attends, a tip of the hat, if you will, to the growing lad’s outgoing nature.

“My Victory groupmates are very energetic and playful,” he says, “and continuously talking to one another. Since we are closer to one another, communication is much easier. We used to be shy in our first days,” he adds. “Not anymore,” he laughs, and his hair flies back.

Dream and his sister, nine-year-old Saiah, attend Victory Greenhills with their mother Be. He is part of a Victory group for young teen boys led by Victory Greenhills volunteer Christian John Tomas. Initially hesitant to join Christian’s group, he took a leap of faith after attending the church’s Boot Camp for pre-teens.

“Before and after Boot Camp, I wasn’t sure,” he says, “because I didn’t know who I wanted to be with.” He laughs. “Then I decided to be with Teacher Christian.” 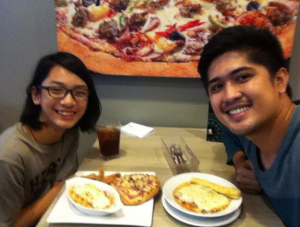 Teacher Christian was a positive role model for the young teenager, although he was never a difficult child growing up. His mother, Be, grew up in an abusive home; despite her façade as a strong, independent career woman, her heart ached for affection, but she experienced broken relationship after broken relationship.

“All I knew how to do was to love my children in exactly the opposite way I experienced,” Be says. “I realized they were the first blessings in my life that were so radically different from all the heavy stuff I was mostly born into.”

A friend, Honey Gee Carr, invited Be and her children to Victory in 2009, but it wasn’t until 2015 at a chance encounter at Victory Greenhills that Be and her children surrendered their lives to Christ. Soon after, the young family began attending Victory groups and started doing ONE 2 ONE.

“Everyone at Victory has blessed us by the work of their hearts and hands,” Be says. “The most difficult part of raising children from a broken home,” she adds, “is providing them a semblance of a strong familial love. As a single mom, no matter how hard I try, I can’t truly and completely provide that. But God can, and Victory groups and KIDS Church activities are just a few of the ways He has shown my family that He loves us.” 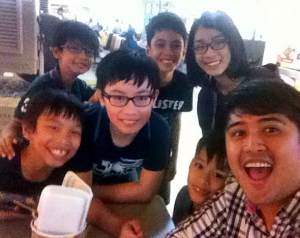 “The best thing about being part of a Victory group,” adds Dream, “is seeing people’s experiences, not just your experiences. Seeing how other people react to the Word, seeing how God works through them. Everybody is used in different ways at different times.”

Recently, Teacher Christian encouraged Dream and a few of the teens to step up and lead other boys in their group. Unfortunately for Dream, it wasn’t the most satisfying of starts.

“We decided to make breakout groups,” the young teen says, “and I was going to disciple two kids. On our first week, nobody came!” He laughs. “On the second week, people started attending again, so we were able to disciple who we were supposed to in the first place. It was a good experience.” 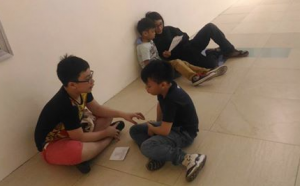 Dream and his sister Saiah, under volunteer Danica Patron’s care, are now actively involved in the discipleship journey because they see the importance of the roles they play in their own growth as believers. Dream, in particular, is excited about taking the gospel to the nations.

“If the plan for me to go to school in Jakarta, Indonesia, pulls through,” he says, “then I would spread the Word as much as possible and encourage people there to follow Jesus, like a campus missionary. If I continue to go to school here, then I’ll definitely do the same.” He pauses. “Maybe it’ll be easier since they are my fellow Filipinos.”

“We’re all called to disciple others,” he adds. “Don’t worry if you have to pray for someone or teach. If you’re thinking you’re too young or can’t do it, it’s not gonna be you, it’s gonna be Christ through you. He will be the One to do it for you, He will speak the words through you. It’s all about Jesus.”