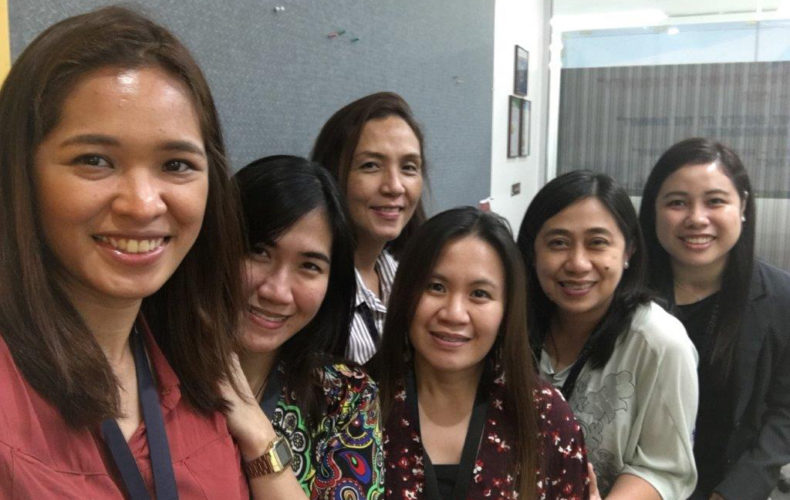 More than Just a Job

Naj used to work in a company where almost all employees have temporary or project-based contracts. She already left two years ago, but God somehow brought her back to the same workplace. This year, God surprised her by showing exactly what His plan was all along.

I am an engineer by profession. I used to work in a company where almost all employees have project-based contracts. Two years ago, I left that company and found myself in another firm that has regularization options for their staff.

My new company is near Victory Pioneer, so when I transferred there, I started to become active in church again. I volunteered for the ushering ministry, and everything seemed to be going well—until I got an unexpected call from my former company last year.

I was told through phone that my former company was hiring again, and it hoped to employ those who used to work there before. Knowing its regularization process, I was settled to say no; I knew I wouldn’t trade the stability that my new company gave.

So I prayed hard to God and asked Him to help me decide. A few months later, I got a call again from my former company. Instead of a temporary contract, they offered probationary employment. It was something I never thought was even possible.

During our midyear prayer and fasting week last year, I asked for clear direction from God. And His answer to me was “yes.” Though I had doubts and I also had to let go of the stability I already found in my new company, I followed what I believed God was asking me to do.

When I accepted the offer and started working again in my former company, God slowly revealed to me why I was brought back there. I remembered that it was in that office where I was reached out by a former colleague. Just a few months before I resigned in 2016, a workmate invited me to join their group. She helped me in my walk with God through ONE 2 ONE and guided me until I publicly declared my faith during Victory Weekend.

When I came back, I found out that the old group that I used to join two years ago is still there and active. Before, I was the only female in our team, but now, there are a lot of female employees in our company—and they are also in need of someone who will minister to them. God made it clear to me that being planted in that office is more than just a work opportunity but an avenue to fulfill His purpose. As such, not long after, I started doing the exact same thing that my former colleague had done for me. I am currently going through ONE 2 ONE with one of my workmates and humbly sharing the love of Christ to her. God’s turning point for me turned out to be a twist filled with so much purpose.

Aside from giving me the privilege to advance His kingdom by sharing His Word to others, God also answered a little prayer in my heart. On January 11, 2019 (right after the prayer and fasting week), my manager informed me of my regularization in the company. It was like God taking away every bit of doubt and worry in my heart and just reassuring me that He is with me as I obey. There is nothing sweeter than that.

Many are the plans in the mind of a man, but it is the purpose of the Lord that will stand. Proverbs 19:21

God always has a bigger plan for everything. And we also have a purpose that is way bigger than what our jobs entail. Our main job on earth is to share God’s Word and show His love to the people around us. It is a job like no other; it is humbling and very fulfilling.