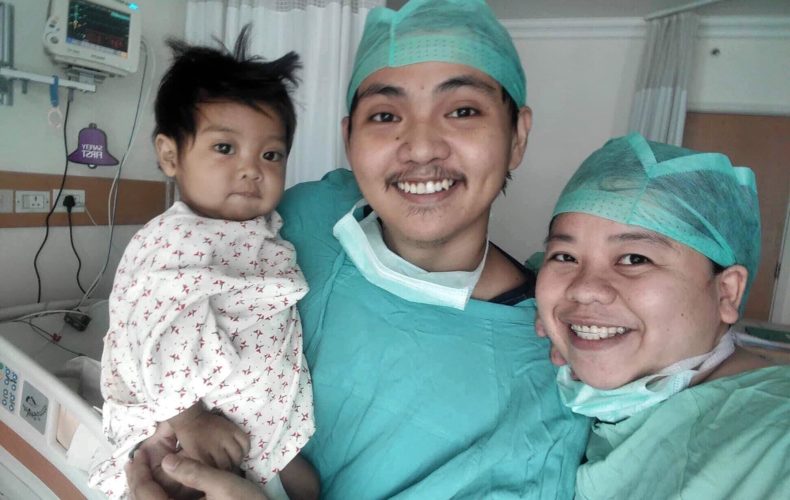 God displays His might in seemingly impossible situations. He can use our dire circumstances to reveal His glory. See how Lea trusted God’s limitless power even after her son was diagnosed with a rare liver disease.

I have been a Christian for seven years now. One of the things that I learned in my walk with God was to always believe for the best even if things are hard. I knew in my heart that God would always see me through.

Two years ago, things became extremely hard for me and my family—especially after I gave birth to my son, Don. He was only a few weeks old when he began to exhibit jaundice-like symptoms. The doctors initially thought it was Hepatitis A. But when months of medication did not work, a specialist recommended a liver biopsy. Through the procedure, we learned that the yellowing of his skin was caused not by Hepatitis A but by a rare liver disease called biliary atresia.

According to the doctor, Don’s condition was fatal if he would not undergo an operation. In order for my son to survive, he needed a liver transplant that would cost two million pesos if done in India and five million pesos if done here in the Philippines. It was painful news for me. The idea of losing my son broke my heart.

Yet, in all these things, God is still good. Despite our predicament, He surrounded me with fellow sisters in Christ who never got tired of reminding me of His immeasurable power and might—of His ability to move in impossible situations. After earnestly praying, I kick-started a fundraising campaign for Don and sought help from the church and different government offices. I was determined to do everything to help my son get the medical treatment he needed.

After more than a year of waiting, Don finally had a liver transplant in India through the help of an international foundation. It was my husband who gave 30% of his liver to Don. Seeing them both hovering between life and death tore me apart, but I refused to lose hope. I kept reminding myself that it was God who made a way for Don’s operation; He would certainly find a way to make the impossible possible.

After weeks of praying and believing that God could work in our situation, Don’s body slowly adjusted to his “new” liver. Even the amount we had to pay for his extended days in the hospital was—beyond our belief—waived by the facility’s management. We were simply lost for words. We just knew it was God working miraculously in my son’s body. It was all Him.

We finally came back to the Philippines in April this year, and since then, God has continued to display His glory. There was surely a greater purpose for everything and what happened to my son is a great testimony that I would also hope to hear him share someday.

Don is on his way to full recovery, and I believe that it only became possible because of God. He redeemed my son from what seemed to be an impossible situation because He has greater plans for him—a future that will glorify Him even more.

For I know the plans I have for you, declares the Lord, plans for welfare and not for evil, to give you a future and a hope. Jeremiah 29:11

God is limitless and He is all-powerful and gracious. He created us for a purpose and to reflect His glory.