Kathrine Napolitano shares how being part of a LIFE group in her campus drew her closer to God. Read more of her story here!

When I was a freshman in school, a close friend of mine invited me to a LIFE group. At first, I was hesitant to join, because I knew most of the group members were guys. I didn’t want them to know about the intimate details of my life! Later on, I discovered that there were girls who were part of the group, and I then became more comfortable being part of it.

Being part of a LIFE group in my campus helped me in a lot of ways. I saw how God worked uniquely and differently in everyone’s lives. This was possible because of their relationship with Him, through Jesus Christ. I became a witness of God’s faithfulness not just in my own life, but in the lives of others.

I also realized the importance of walking with others in our relationship with God. My LIFE group-mates, who I now call my friends, would encourage me every time I faced challenges. What they did helped me draw closer to God and hold on to Him even more.

Eventually, I had the desire to share what God gave me to the other students in my campus—especially to those from different colleges! At first, I was afraid of doing it, but I was confident that God would help me and give me courage—and He did!

It is only through the grace of God that I’ve been changed, and am now experiencing the life He wanted for me. The gospel transformed me in every aspect of my life: from being rebellious and rejected, He has made me into a woman of victory. I am now secure with my identity in Christ. He never left me when I was helpless and hopeless. Now, I want to share the same with more people, because with Jesus, we are more than conquerors and victors! 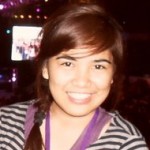 Kathrine graduated from the Technological Institute of the Philippines this year. Because of her passion to share the gospel, she went on to lead four LIFE groups in her campus. She is an active Victory group leader at Victory Greenhills, her local church.