Pray for Restoration, Reconciliation, and Hope for Hong Kong

Lost amidst other major world events—such as the continuing war in Ukraine, an upsurge in covid and monkeypox cases, and the overturn of Roe vs Wade—was the quiet passing of the 25th anniversary of the handover of Hong Kong as a British colony back to Communist China on July 1st. Despite the assurances of mainland China that the civil, political, and economic freedoms Hong Kong had enjoyed under the British for 150 years would remain intact until 2047, there was much trepidation among its citizens who fled by the droves to London and Vancouver.

This political experiment called “one country, two systems” was unprecedented, especially back in 1997. Hong Kong was a global financial hub in the ’90s standing toe-to-toe with New York, Tokyo, and London. Can a Communist Party properly manage and sustain a democracy and a free market economy? Will China turn into Hong Kong or the reverse? Most importantly, would they keep their word?

Now we have the answers. In 2020, China introduced the national security law and electoral reforms, which effectively limited government posts to Beijing loyalists. Monuments to the 1989 Tiananmen Massacre have been removed. Pro-democracy news agencies have been closed. Hong Kong does not even rank in the top ten cities in China economically. The history of the city is being rewritten in school textbooks denying it was a British colony.

As Hong Kongers felt the vice grip gradually tighten, hundreds of thousands took to the streets to protest. This became known as the Umbrella Movement in 2014, when locals used umbrellas to shield themselves from tear gas. The situation escalated during the second half of 2019, which saw the largest and most violent demonstrations in the city. The pandemic and police crackdown combined effectively silenced the protests. There are now more than 1,000 political prisoners in Hong Kong.

Twenty-five years later, Beijing had broken its promise and is fully in control.

Our pastor in Hong Kong attests to the fear that has spread. People are scared and frustrated in different ways. At the courts, there are trials almost every other day that are related to past protests. There are pictures taken in the airport departure hall every day, that friends and families are leaving their home and their city, seeking to live new lives afar. For those who are staying in the city, they are struggling to adapt to the new reality involving changes in politics and education. The city is quietly waiting for the pain to hurt less, also for the memory to fade out.

Please pray that there will be restoration and reconciliation for Hong Kong. Pray that the LORD will turn the mourning to dancing. Apart from Jesus, “we can do nothing.”

Nevertheless, churches continue to meet despite tightening restrictions. They are banding together in prayer for their beloved city, believing that as they make a stand for righteousness, justice will flow like the waters (Amos 5:24). 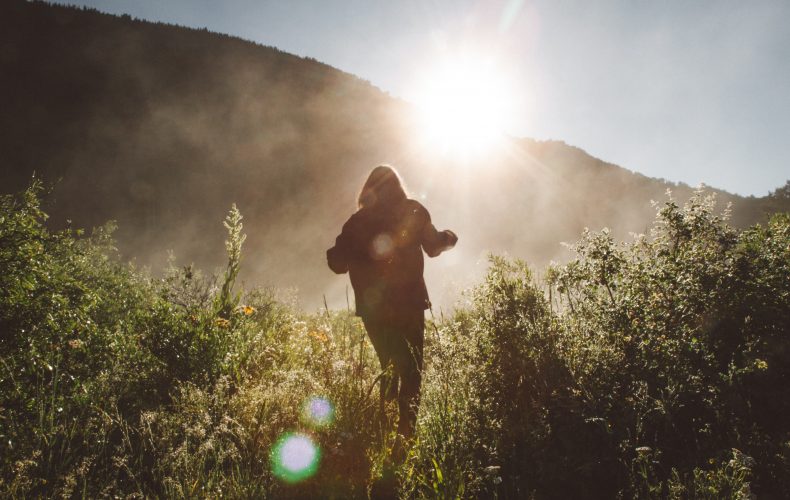 Stepping into His Light

The Lord calls out His children from darkness to light. He can transform a person’s life, no matter how hopeless, empty, and messy it may seem.

But you are a chosen race, a royal priesthood, a holy nation, a people for his own possession, that you may proclaim the excellencies of him who called you out of darkness into his marvelous light. (1 Peter 2:9, ESV)

*Joy, a college student who attends our church in Metro Manila, recounts how God brought light into her life.

Molestation and sexual violation are tragic events that I never thought would happen to me. I was molested by my stepfather, the person I thought would be my confidant and protector. When our family went through a difficult season, my stepfather became addicted to drugs and that drug brought us to the darkest times of my life.

At that point, I was devastated and angry. I also blamed myself for what happened. I thought, “If I did things differently in the past, I would never have experienced this.” My world turned black and no one ever understood what I went through. I was just waiting for my life to end because it felt like I was left with nothing.

Experiencing freedom in this painful battle of my life was hard, but not impossible. One of my friends invited me to a Victory group where I met Jesus. I survived the pain with the knowledge of God’s love toward me. I understood that no amount of tears or effort on my part could change what happened to me, but God can set me free and I can hold onto His promise of a good plan for my future.

Through my encounter with Jesus and the counsel of leaders in church, the darkness in my life turned into light. I also felt that a huge weight on me was lifted. From that time on, my perspective changed and I learned to appreciate my life even more. I became happy.

For those who also experienced what I went through, be strong and build your life on God’s truth. In Christ, we can do all things and overcome challenges. Don’t let your obstacles and past experiences limit you from experiencing joy. We have to deal with our past. It may be hard, but it’s worth a try. Jesus says in Matthew 5:44, “But I say to you, love your enemies and pray for those who persecute you.” Prayer and the will to move forward are the keys to start a new path together with Christ our Lord. Jesus is our confidant and protector.

Joy now joyfully serves her family and our church. She decided to extend grace to the offender and forgive him. Before Joy came to know Christ, she was very distant toward her family. Now, she desires to bless them as she works while taking up a business course as a scholar. She dreams of managing a restaurant someday. As she continues to live her new life in God, she actively participates in a Victory group and volunteers in our campus ministry.

*Name has been changed to protect the identity of the woman in this article. The featured photo is a royalty-free image and does not represent her.