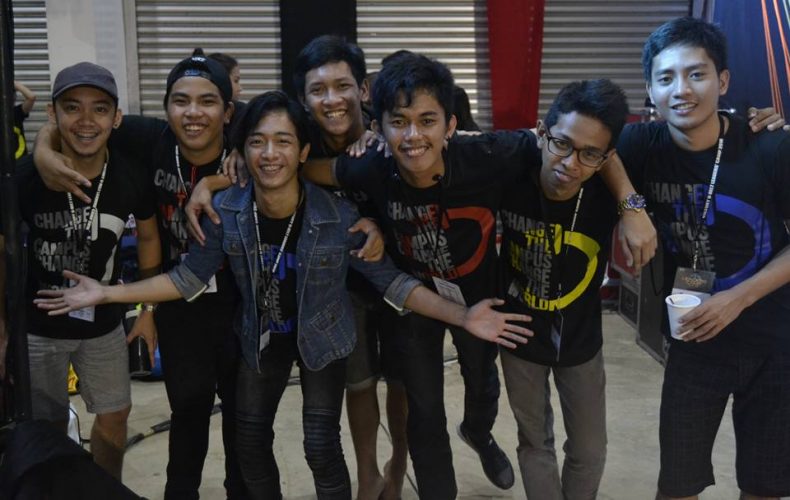 From Slavery to Freedom 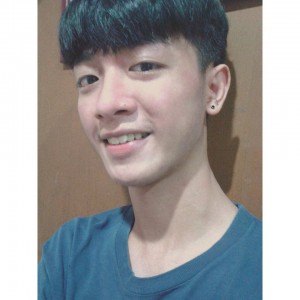 “I lived in darkness and I was full of hate,” Nevin Hongayo reveals, “I was convinced I wasn’t God’s child.”

Born to a religious family, the twenty-one year old grew up with a head knowledge of salvation. He viewed church attendance as a requirement that he had to fulfill to live up to other people’s expectations, but deep inside, he never really understood why he had to do it.

When he was younger, Nevin was bullied in school by his classmates. He was also abused by his teachers emotionally and physically. “But nothing was more painful than hearing people I loved tell me that I needed a psychiatrist to exorcise my demons,” he shares. Hearing such damaging words at a young age took its toll on Nevin’s life. He felt unloved, and was convinced that he didn’t belong.

“I started to question that God is good all the time,” he confesses, “If he’s really good and loving, why would He let me undergo such pain?” Completely disillusioned and burdened with self-pity, he started questioning his belief that he is God’s child. Nevin made a 180-degree turn and subscribed himself to self-worship Satanism, which advocates egoism and fleshly indulgence.

“I chose to be my own god,” he shares, “ To choose right and wrong, on my own terms. I just lived in total darkness.” After his decision to be a self-worshipper, Nevin developed unusual fears. He had Christophobia, which is the irrational fear of Jesus, and staurophobia, which is a phobia toward crucifixes, and causes him to be disturbed during Holy Week, when crucifixes are more prominently displayed. 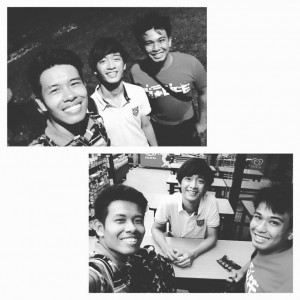 Isolating himself from his friends and family, Nevin started getting used to his solitary lifestyle. He found himself hating God and other people. He felt that being alone was much better. “I discovered that the more evil I acted, the more respect I gained from others,” he says, “If they feared me, I could get more and more of what I wanted. I was drawn to the power of authority that the devil gave me over people.”

Years went by, and Nevin knew that God was trying to get his attention amidst the dark life he built for himself. He was invited to church by the few people who remained his friends, but he rejected them twice. On the third instance, Nevin had no choice but to take notice.

His academic life was a failure, the number of his friends was dwindling fast, and he was estranged from his family. “I had a friend whom I didn’t know was already a Christian, who invited me to Victory,” Nevin says. Feeling tired and defeated, he finally went to a worship service for the youth last October 2015 at Victory U-Belt.

He was then introduced to Karlo, his mentor and Victory group leader. Nevin was also connected to a Victory group, and started getting discipled through One 2 One. After two months of attending church and finally finishing the One 2 One booklet, he still hadn’t received Christ in his life. This year, however, a particular preaching thawed Nevin’s hardened heart and started to minister to him. “On that day, I realized that God never stopped pursuing me, so I decided to follow Him and received Him in my life.” 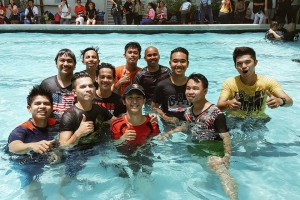 Unshackled from the bonds of his former perverse lifestyle, Nevin underwent a drastic transformation emotionally, mentally and spiritually. “The grace that saved me started to change me,” he declares. “My life has meaning now, because I found my purpose in Christ.”

Formerly someone who hated people, he developed compassion and generosity towards homeless people and street children–the same people he used to laugh at and ostracized. God also gave him the strength to mend his relationship with his younger brother, whom he hadn’t talked to for more than a year because of hatred and pride. Best of all, Nevin was filled with a yearning to share to his friends and classmates how God changed his life.

“From a person full of hate and evil, I never thought I would see myself walking in the light and living in His love,” he shares.

On his birthday, Nevin shared the whole One 2 One booklet to his family.  Seeing the power of the gospel at work in his life, they attended Victory the following day. Now, his mother and his brothers are now attending Victory regularly, and have also experienced the transforming power of the gospel.

Today, Nevin leads his own Victory group and believes that discipleship is crucial to anyone intent on maturing and growing in his walk with God. “When a person is discipled, he discovers that he was saved for a purpose,” he says, “It spurs people to honor God and make disciples, which is what we are meant to do.” 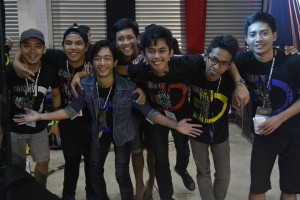 Nevin is excited to be a disciple-maker to the nations and hopes to fulfill his calling to be a cross-cultural missionary in the future. “I just want to share the love that I experienced in Him. To love God and to love others, just as Jesus told us to do.” From a life of misery and darkness, Nevin now walks in the light and is filled with an outpouring of love that can only come from the assurance that he is a child of God.

“I have been transformed from darkness to light, from slavery to freedom, from guilt to forgiveness, and from the power of Satan to the power of God,” he declares, “I have been rescued from a rogue kingdom to serve the One and only rightful King, Jesus.”