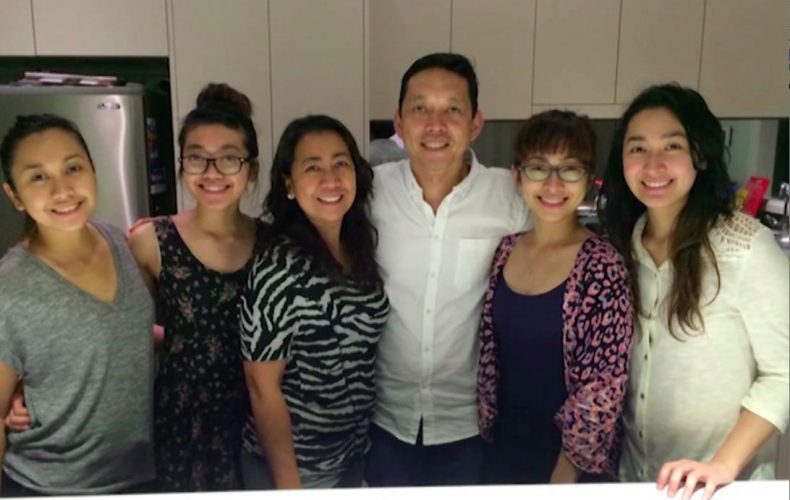 In July 2012, Rolando Sulit, a former radio jock more popularly known as Joe d’ Mango, and his entire family responded to an altar call in Victory Greenhills and surrendered their lives to Christ. They went through ONE 2 ONE, and then, eight months after their Victory Weekend, received an email from the Australian Department of Immigration granting them permanent visas for Canberra. They were given three months to prepare for their big move.

Big may be an understatement, because Canberra is located in Australia, which is literally an ocean away from Manila. It would take eleven hours of air travel to get there. Apart from the distance, the transition would affect every aspect of their life. The Sulits prepared to leave their home, their jobs, their loved ones, and their new church family in Victory Greenhills. They were sent off with prayers and well wishes, and the family started their new life in a country unknown to them.

Fast forward to 2016, and Rolando has nothing but praises for God’s faithfulness to his family. From the first day they set foot in Australia, they experienced His sufficient grace. After living contentedly in a small apartment, the Sulits were blessed with a beautiful new home. “We were surrounded by His amazing creation–flowers, trees, fresh air and clear blue skies, animals and birds,” Rolando shares, “It’s just one big beautiful picture of God’s majesty.”

The family knew that it was not just for them to enjoy, but for them to share with other people. They decided that their home would be used to honor God and live out the Great Commission to make disciples. They then started to hold Victory group meetings with Filipinos and Australians in their home, even extending the invitation to young adults and children. Soon, they had to schedule different meetings in different parts of the house because they could no longer fit. More and more people started experiencing God’s blessing through their generosity and hospitality.

“This house has been purposed to advance the kingdom of God,” Rolando declares, “And the Holy Spirit continues to empower us to do this work for His glory.” 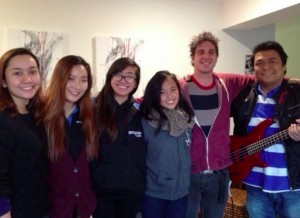 The family would take time out to intentionally do ONE 2 ONE to everyone who has opened their hearts and are hungry for the truth. Last 2014, they held their first water baptism right on their backyard with Victory Greenhills senior pastor Dennis Sy officiating. They’re looking forward to another water baptism this year when Pastor Dennis visits Canberra again.

Always looking for ways to connect not just with Christians, but with the rest of their community, the family also reached out to their neighbors who hadn’t heard the gospel yet. They arranged worship nights and events like outdoor Christian movie nights, themed cookouts and food celebrations. “We wanted to show them and make them feel that Christ loves everyone,” Rolando explains, “That He died, not for us to have a religion, but to restore our relationship with His Father.”

Sometimes, the Sulits would get visitors from all over the world. Their friends and family from different Victory and Every Nation locations would visit them and generously offer their time and talent to minister to their community.

This year, Rolando, along with his wife Bing, went back to Manila for four months to study at the School of World Missions with the purpose of equipping himself better as they continue to preach the gospel in Canberra. Having developed a heart and burden for their new hometown, the couple bravely left their daughters and entrusted their Victory groups to the leaders they’ve been discipling.

Last May, Rolando finally graduated from the School of World Missions and he and his wife headed back home to reunite with their daughters and continue their work in Canberra, now that they’re more equipped and refreshed. “Our family would just like to encourage everyone that wherever God brings you, He brings you there for a reason,” Rolando shares, “And if we are obedient, the love of Christ will shine in our lives and glorify the Father, who is in Him.”

Together with their community in Canberra, the Sulits are in faith for an Every Nation church plant in their area. They’re also praying for more workers who have a heart for Jesus to help in their ministry work. As they train young leaders, they are believing that God will empower this next generation of disciple-makers who will boldly preach the gospel, not only in Canberra, but to the rest of Australia. Despite challenges and the occasional homesickness, Rolando knows that their family is right where God wants them to be. “We know that God will finish and put into completion everything that began here in Canberra,” he declares, “We cannot claim anything for ourselves, the glory belongs to Him forever.”