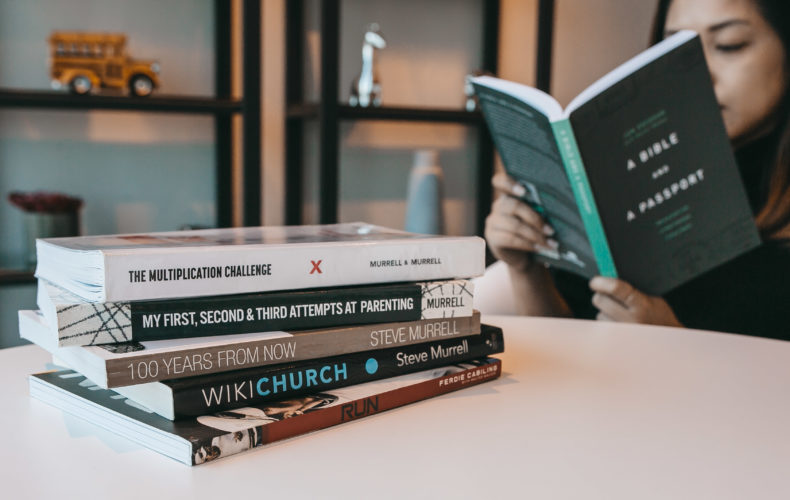 Beyond the Here and Now

As a church, we value Lordship, evangelism, discipleship, leadership, and family. You can learn more about these values through stories from our church leaders in these books.

Running this race called life is never easy. In this book, Running Pastor Ferdie Cabiling shares key insights that he gained through running races in life, both literally and figuratively. He tells the stories from his run across the Philippines for almost 50 days. Run shows us that to finish strong, we need to fix our eyes on Jesus, the author and finisher of our faith, as we run the race set before us.

My First, Second & Third Attempts at Parenting by Steve Murrell

How do we raise the next generation to love God and pursue His will? In this book, Pastor Steve shares stories and reflections that can help us discover God’s heart toward children, our hearts as parents, and how we can prepare our children’s hearts to know and love their heavenly Father.

Available on Amazon and in major bookstores nationwide!

Jesus commanded us to go and make disciples. As a church, our primary focus is on helping people follow Jesus, not building buildings. This book will help us learn how to engage culture and community, establish biblical foundations, equip believers to minster, and empower disciples to make disciples.

The Multiplication Challenge by Steve Murrell

“Where do I find more leaders?” Most leaders of a growing organization eventually ask this question. And though the need for leaders is great, few of us know how to create a culture of leadership development. This book recounts how Pastor Steve and Every Nation solved the leadership shortage of a growing church and global mission organization through the four leadership multipliers—identification, instruction, impartation, and internship.

Available on Amazon and in major bookstores nationwide!

A Bible and a Passport by Jun Escosar

100 Years from Now by Steve Murrell

What will our movement look like 100 years from now? Our prayer is that we will be able to carry out our mission, values, and culture beyond our lifetime. Sustaining a movement for generations is not easy, but it’s possible! This book looks at the values and principles we started with and hope to continue to hold onto even 100 years from now.

Our history, mission, values, and culture have played a big part in where we are now as a movement. But ultimately, these foundations are nothing without God’s grace. It is His grace that has allowed us to honor Him and make disciples, from 35 years ago until today. Here’s to more years of honoring God and making disciples! 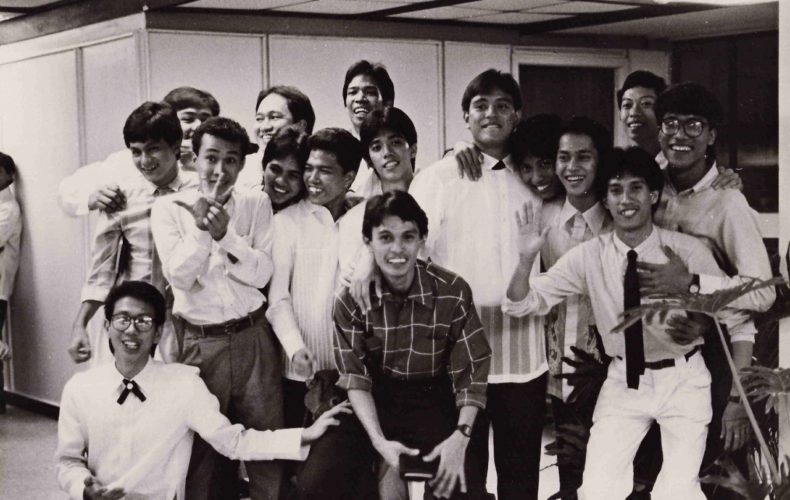 A Bible and a Passport: Victory at 35

William Murrell—the eldest son of our founding pastor Steve Murrell—talks about how Victory started in the Philippines and why it continues to grow, 35 years later.

In June of 1984, Manila’s University Belt was flooded with thousands of students who took to the streets to protest the results of the recent parliamentary elections and to express their growing dissatisfaction with the Marcos regime. While thousands of students marched down Recto Avenue with their fists in the air and their gaze set on Malacañan Palace, a few dozen university students were huddled in the basement of Tandem Cinema, stretching out their hands toward a tattered National Geographic world map.

They were praying for their nation and the nations of the world.

Thirty-five years later, that church—which came to be known as Victory—still meets in the U-Belt (as well as numerous other locations around Metro Manila) and still prays for the nation and the nations of the world. Moreover, since 1984, Victory has planted churches in 100 other Philippine cities and forty-five nations around the world, including Afghanistan, Bangladesh, Cambodia, China, Iran, Laos, Spain, the United Arab Emirates, and Vietnam. Victory is also one of the founding churches of Every Nation Churches and Ministries, a global family of churches in over eighty nations that exists to honor God by establishing Christ-centered, Spirit-empowered, socially responsible churches and campus ministries in every nation.

What happened in that basement on Recto Avenue that caused such a ripple effect in the nation and the nations of the world?

First, university students heard and responded to Jesus’ radical call to discipleship. Second, those students were told that they could change the world.

Jun Escosar, one of the original disciples from 1984, recalls that the mantra in the early days of Victory was “a Bible and a passport.” Every disciple needed a Bible so that they could know God; and every disciple needed a passport so that they could obey God. They learned this lesson from Steve Murrell, the founding pastor of Victory. Steve and his wife, Deborah, had come to the Philippines in June of 1984 with a team of American university students on a one-month summer mission trip that never ended.

When the Marcos regime began to crumble in the early months of 1986, Steve and Deborah could have fled the country like many other missionaries and expatriates living in the Philippines. But that wasn’t really an option—because Deborah was eight months pregnant with me, their first son.

I was born in Makati Medical Center on April 5, 1986, just six weeks after the People Power Revolution (February 22–25) and the subsequent swearing-in of Cory Aquino as the eleventh president of the Philippines. I was born and raised in the Philippines because my parents read their Bible and got passports. And because I was raised in Victory, I have learned to do the same—not just from my parents, but from the men and women in the church who discipled me.

The first discipleship group I attended was in the mid-1990s when I was in elementary school. Every Friday night, a group of over a dozen nine- to twelve-year-olds would meet at McDonald’s in Shangri-La Mall with Pastor Rommel (Omeng) Cervantes—the kids church pastor at Victory. It was in that discipleship group that I was first challenged to read my Bible every day, and first taught how to lead a small group and to see myself not only as a disciple but also as a disciple-maker.

We were all sad the day Pastor Omeng told us that he would no longer be the kids church pastor because he felt called to be a missionary to eastern Europe and to help with a new church plant in the city of Riga, Latvia. After almost two decades of serving and pastoring in Latvia and Russia, Omeng and his family are now serving in an Every Nation congregation near London, England.

His replacement was Pastor Paolo Punzalan, who had just returned from a season as a cross-cultural missionary in St. Petersburg, Russia. Pastor Paolo continued where Pastor Omeng had left off, teaching children at Victory to love the Bible and to see themselves as disciple-makers.

When I was in high school, I joined the discipleship group of our youth pastor, Rico Ricafort. From day one, Pastor Rico instilled in us a passion for purity and a deep sense of calling. Week in and week out, every young man in that discipleship group heard two core truths: God had called us to holiness and God had called us to be leaders, not followers.

We were all sad, but not surprised, the day Pastor Rico told us that he would no longer be our youth pastor because he was moving to serve at an Every Nation church in the United States. After a year in the U.S., Pastor Rico returned to the Philippines to pastor at Victory Ortigas, while always having a heart to go to the nations.

Pastor Rico’s replacement as youth pastor was Pastor Mel Caliñgo, but it wasn’t long before Pastor Mel felt called to the mission field. Today, Mel and his wife, Tanja, are church-planters in Madrid, Spain.

Looking back on my upbringing in the Philippines and my discipleship journey at Victory, I am reminded of why that small church in the U-Belt has continued to grow in size, strength, and influence for the past thirty-five years. We’ve grown because we reach the campus, make disciples, and send them out across the nation and into the nations of the world.

Next month (October), my wife and I will be traveling to Manila with our three young children, and we are currently in the process of getting a passport for our youngest son, George, who is six months old. While getting a passport is usually seen as a mundane and tedious process, I’ve grown to see it as an exciting moment in the life of every follower of Jesus.

I am so thankful that next month George and his older siblings will have the opportunity to travel to Manila to see my home and my church and meet some of my closest friends. And I am hopeful that as my children grow up, they too will learn the lessons I learned at Victory—to love and follow Jesus, to obey His Word, and to go wherever He calls us to go.

William Murrell is the launch director of Every Nation Seminary. He and his wife, Rachel, currently live in Nashville, Tennessee with their three young children.