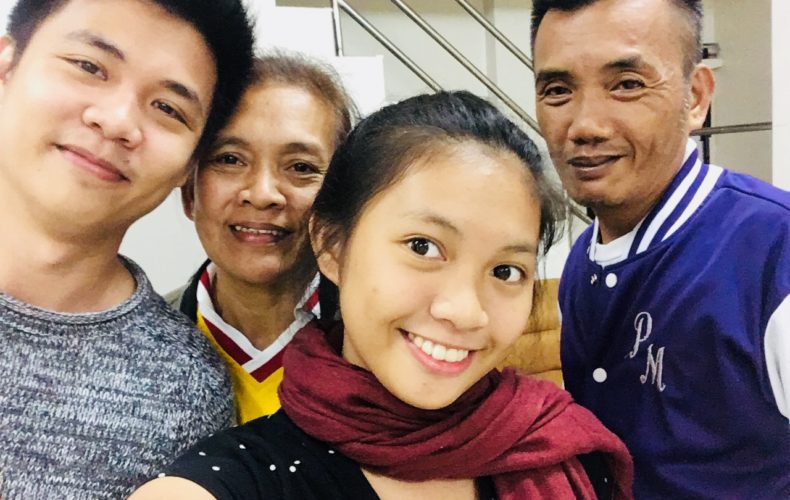 Believing God for the Impossible

Seeing his whole family in church choosing to follow Christ was a far-fetched dream—until God did what He does best and made it all possible. Be encouraged as Junnel shares his powerful story of forgiveness and faith.

I was in high school when my father left our family. My mother, my younger sister, and I were all clueless about where he had gone. I spent most of my teenage years wondering where he could be, harboring ill feelings for what he had done.

Several years later, I learned that he was in jail. I visited him there not knowing what to feel. Being reunited with him that way somewhat intensified the pain I had been dealing with all along; it planted further seeds of resentment in my heart.

But God has His ways indeed. One day, a campus missionary visited our school and reached out to me. He preached the gospel to me and started spending time with me every week, guiding me in my budding relationship with God. Not long after, I surrendered my life to Christ and believed that one day, my whole family would do the same—no matter how impossible it seemed.

As I grew deeper in my relationship with God, He slowly took away the anger in my heart and replaced it with compassion, forgiveness, and love. I soon found myself spending a lot of time with my father, encouraging and building him up while he was in jail. During one of the court hearings for his case, he asked me why I was still extending love to him despite everything. Though emotional and in tears, I boldly took that opportunity to preach the gospel to him. Right then and there—in the middle of the courtroom—my father received Jesus Christ as his Lord and Savior.

Immediately after choosing to follow Jesus, my father was released on bail. He then made the most of his time outside jail going to the services and learning more about God with his Victory group. His new life with Christ also soon paved the way for his reconciliation with my mother. We are now living together again under one roof—as one family.

And God did not stop there.

Brimming with faith, my father did the most unexpected thing—he reached out to my mother and sister. He preached the gospel to them, and not long after, my far-fetched dream of seeing my family together, not just in one home but also in one church worshiping God, finally came to be. Now, every weekend, my whole family attends the worship service in Victory Lipa.

It is true that when God makes a promise—no matter how big or small—He is faithful to fulfill it in His perfect time. Do not give up, and do not stop believing God. He is faithful to His Word and always keeps His promises.