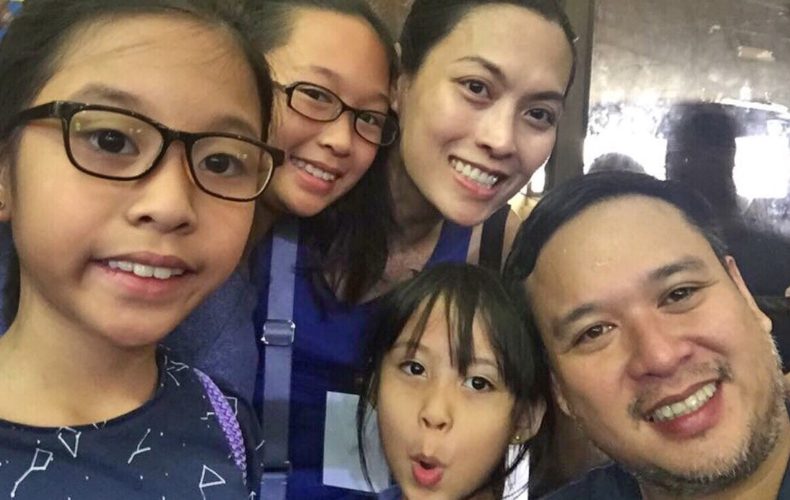 Celine fell into cardiac arrest and flatlined for nine, long minutes. While all the doctors and nurses were calling “code blue,” her husband, Mach, called out to God and chose to believe that He is bigger than death itself. Below is her powerful story of being revived—physically and spiritually—in Christ.

After giving birth to her first child in 2005, Celine was diagnosed with hyperthyroidism. She went under medication for a while and bore two more children. She had been on and off medication because of that.

In 2013, she had a hyperthyroidism scare, but she ignored it and went along with her life as if she had nothing to worry about. At that time, she was dealing with so many things in her business and personal life. She was stressed and there was so much anger and unforgiveness in her heart. It seemed as if she was living a double life—expressing her faith outwardly in church, yet failing to let go of all her ill feelings inside.

In July of the same year, while Celine was still harboring unforgiveness, an indescribable pain washed over her. The following morning, she woke up sweating and throwing up. She lost her vision, had seizures, and soon fell unconscious. Her family thought she was dead.

At the hospital, the doctors informed her family that she had brain swelling and temporary blindness due to posterior reversible encephalopathy syndrome (PRES). She stayed in the intensive care unit (ICU) for five days with so many complications. Her stomach bloated like an eight-month pregnant woman, and water went into her lungs before she fell into cardiac arrest. She flatlined for nine minutes.

While she was being revived, her husband never gave up and kept holding on to God. Soon, Celine was miraculously revived, but she eventually fell into a coma. For eight days, her husband, along with their friends and churchmates from Victory Katipunan, relentlessly prayed for her to regain consciousness and recover. Though all her organs were slowly failing at that time, and the doctors were telling her family that there was a very slim chance that she would live, her husband pressed on and even encouraged all their friends and relatives who were already losing hope at that time. He believed in his heart that God would bring her back fully recovered.

After more than a week of being in a coma, Celine regained consciousness but still stayed in the ICU for a month and a half. Her situation was beyond difficult and the pain seemed too much for her to bear, but God provided for everything she needed—He miraculously provided for her hospital bill and surrounded her with people who tirelessly visited her every night to pray for her and worship God. And even though her faith was already failing at that time, her husband’s remained strong—and carried her through all the painful days. A big part of her was unbelieving, but her husband fought unbelief and trusted that God would turn things around.

After almost two months, Celine was discharged from the hospital. She had to continue all her medications at home, and her family had to set up a mini-hospital room for her. All the while, she felt defeated and weak. It was a tormenting process for her. But in the darkest days of her life, God’s Word gave her light. She had become dead spiritually, but His promises gave her hope and life. She learned to declare His goodness and His power over her situation every single day. Slowly, she became fully dependent on the Lord and realized that His grace is always sufficient for her. She also finally learned to forgive and let go of all the bitterness she was harboring in her heart for years.

Now, Celine is not just alive physically; she has also been revived from a spiritual death that sapped out the life from her for years. She is now very much alive in Christ.

For as the Father raises the dead and gives them life, so also the Son gives life to whom he will. John 5:21

Only in Christ can we find hope and a life worth living for. His power remains alive even in the midst of death and suffering. Let us allow His Word to live in us and fill us with so much love.